After three decades of research activities, Jim Song has finally come up with the "global-sterile-toothbrush solution" in the form of GT2K toothbrush sterilizer. Jim’s funding requirement to start manufacturing GT2K is $117,775.

Las Vegas, NV -- (ReleaseWire) -- 06/09/2015 --According to the journal of the American Dental Association, "Contaminated toothbrushes not only harbor, but also transmit both viruses and bacteria that cause systematic, localized and oral inflammatory diseases."

Jim Song's quest for a sterile toothbrush solution started more than thirty years ago in a university microbiology project. Jim feels there is a strong correlation between the facts that over 85% of the world's population has gum disease that are silent and symptomless, and almost every person around the world brushes their teeth with germ infested toothbrushes. He has also written a book on this topic titled "Why Your Toothbrush May Be Killing You...Slowly."

Ever since his college-microbiology research experiment in the 80s, it has been his goal to come up with a solution that would cure the world of this serious problem. Initially, he created a design that utilizes the power of natural steam to kill the germs that are formed on the toothbrushes. This design worked pretty well but was expensive for common use. Since the last five years, Jim has been focused on creating a simpler design that nearly everyone could afford to have. Jim has now accomplished his mission with the invention of the GT2K. Jim claims that it kills 100% of the germs on all toothbrushes, and will retail for less than $20 US.

Jim is proud to have an outstanding team that has already completed all engineering designs, an innumerable number of prototypes, nearly all molds, and packaging designs. The team is all set to start producing GT2K Steamilizers. He has just started a Kickstarter campaign to raise funds that will allow them to achieve the minimum order quantities for worldwide distribution of GT2K. This project will only be funded if at least $117,775 is pledged by July 7, 2015.

To find out more about this campaign, please visit http://kck.st/1eTWoeQ

About Jim Song
Jim Song is the inventor GT2K Steamilizers, a sterile toothbrush solution that utilizes the power of natural steam to kill the germs that are formed on the toothbrushes. He is also the author of a book titled "Why Your Toothbrush May Be Killing You...Slowly." 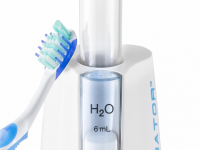 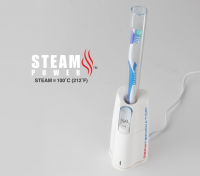 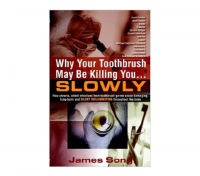