"While the character I voiced in the games had a special relationship to zombies," says Douglas, "this 'Z Nation' character just plain hates them." Douglas adds, "It's actually an unusual role for me to get cast in so I'm excited to play him. I also think that Wesker fans will be tickled, too." Douglas flies up to the "Z Nation" location in Spokane, Washington, this week to shoot his episode.

The popularity of "Resident Evil," along with his dozens of other video game credits, has Douglas making personal appearances at anime, video game and comic cons all around the US and UK. Upcoming appearances include Anime Midwest, ConnectiCon and Dragon Con.

Douglas also has been tapped as one of the leads in a zombie/action feature film slated for production later this summer, but all details are under wraps for now.

Douglas' episode of "Z Nation" will air later this fall.

About D.C. Douglas
D.C. Douglas is a Los Angeles based film and television actor. He is currently the voice of Chase on Discovery Family's "Transformers: Rescue Bots" and can be seen in the upcoming films "Smartass" with Joey King, "Ribbons" with Brian Krause, and "K.I.L.D. TV" as a horror film aficionado. Recent TV appearances include CBS' "NCIS," Disney's "Haunted Hathaways," and as Kurtz on CBS' "The Young and the Restless." 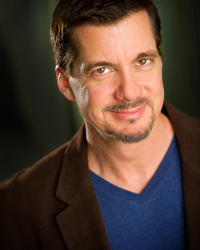