Smart Crowdfunding is slated to carry out strategic marketing initiatives for the reality based ‘Voice’ film project on Indiegogo. The makers of this film are crowdfunding to bring their motivational message to the public, and inspire the world.

Taipei, TW -- (ReleaseWire) -- 06/15/2015 --"Voice", a highly inspirational new film, is being introduced to the public via an Indiegogo crowdfunding campaign. This campaign has a funding goal of $45,000, which needs to be raised in order to finalize production of this powerful film. "Voice" is an inspirational piece based upon producer Janas Cooper's own struggles, who hopes his story will help others make a positive change in their own lives. The film title was inspired by all of the voices, both internally and externally, that people hear throughout their lives, and how hard it is to decide which voice to listen to. The focus with "Voice" is on helping people find the "real voice of our heart".

When describing this film, Cooper states, "I had lost my direction in life for a long time, and it took me almost 5 years to fully change my life. After careful contemplation, I've laid out all I've done and learned in this film, and I have proof that we can change everything by learning." Among other things, the film makers hope that "Voice" will help people: find the right career path, achieve financial goals, improve their temper and attitude, form successful relationships and become more skilled at dealing with life's problems. Throughout life, everyone veers from their personal path at times. The entire team would love to see their film have a positive impact in the world, while it helps people change their lives by reclaiming their dreams and learning to listen to their own inner voice.

With all of the essential elements in place, the "Voice" team are ready to see their film become a reality which is why they have launched their Indiegogo crowdfunding campaign. They state, "Everything we do makes ripples. The effects move around us, even if it's just a small change. This world will be a better place if even just one person can benefit from this film, but if thousands of people could do that? It would mean this world really is changing. I invite you to be a part of this project, and become a positive power and example for the world." All funds raised with this campaign will go toward completing production of the film and bringing "Voice" to the world. As an added bonus with this campaign the team is offering several perks. These perks, which serve as funding incentives, range in value from a "Thank You" perk which enables a funder to follow the campaign and receive all of the updates, to a digital download of the film, an early bird DVD, Partnership levels, and more. They are even offering a large perk which features an on screen interview with the campaign supporter and allows them to be a part of this powerful work.

About Voice
"Voice" is a film based upon the real life struggles of Janas Cooper. It is being filmed in Longdon, England by director Che Lun Chang and the rest of his talented team. The film is scheduled to be released in October 2015.

To learn more about the Voice crowdfunding project Click Here

For more information about Voice the film Click Here

To contact via email write to Che Lun Chang at: janas@the-voicefilm.com 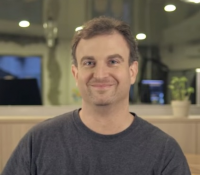