Thorns' lawsuit arose from a defective condition at the Chevron Phillips Chemical Company, L.P.'s Cedar Bayou Plant in Baytown, Texas. Thorns worked for a third-party contractor who was assigned to perform rail car switching services at the plant. While working at the plant, Thorns stepped on a metal grating in the cement walkway that covers a drain. The grating collapsed and Thorns' left foot fell into the drain.

"Workers like Kenneth rely on the walking surfaces to be safe," Harris said. "Chevron Phillips Chemical Company is responsible for maintaining the walking surfaces. The drain grate was not properly secured and an inspection by Chevron Phillips Chemical Company would have identified the problem before Kenneth was hurt. It shouldn't take someone getting hurt before basic preventative maintenance at our communities' chemical plants gets done."

Thorns tore two ligaments in his left knee. He had a surgery to rebuild his anterior cruciate ligament that successfully restored the left knee's stability. He also had part of his lateral meniscus removed. His treating physician testified Thorns should avoid a job that requires repetitive use of his left knee. Chevron Phillips Chemical argued Thorns was given only a 1% impairment rating by his treating doctor and he could return to work as a rail car switchman.

Thorns, from La Porte, Texas, described the verdict and Harris as a blessing for his family.

"This injury had such a huge effect on my life as I was scared I would never be able to provide for my family again," Thorns said. "This verdict has provided a sense of relief for me and my family. Jonathan was a blessing and a friend who stood beside me both inside and outside court. "

The jury award of $1,192,000 included damages for past medical bills, lost earnings, physical impairment and pain and suffering. With interest and costs, the judgment will be over $1,290,000.

"I could not be happier that we were able to obtain this excellent result for Kenneth," Harris said. "It's truly rewarding when all the hard work of preparing a case for trial gets the client the desired result."

About Jonathan Harris
As a partner of Schechter, McElwee, Shaffer & Harris, Jonathan Harris brings both a strong work ethic and the vital experience of working on both sides of the docket to each of his cases. He enjoys using sophisticated technology to make strong legal arguments in court, and his impressive legal record tells the story of his success.

Mr. Harris spent years working as a defense attorney for insurance companies and large corporations. His experience gives him a unique perspective and the ability to build strong cases when taking on these entities on behalf of injured clients. Mr. Harris specializes in auto, trucking and work injury claims. He is board certified in Personal Injury Trial Law by the Texas Board of Legal Specialization, which is a qualification obtained by less than 3% of the lawyers in Texas. Mr. Harris has been honored as a Super Lawyer by Texas Monthly's Super Lawyers Magazine. He's also been named one of H Texas magazine's Top Lawyers for the People and one of Houstonia magazine's Top Lawyers. 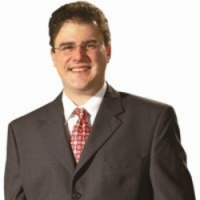