Branson, MO -- (ReleaseWire) -- 06/17/2015 --Filmed before a live audience in the historic and stunningly opulent Grand Opera House in Belfast, The Music of Northern Ireland made a clean sweep with 4 Emmy Awards at The 37th Annual Emmy Awards Gala held on June 13, 2015 at Motor City Sound Board Theater in Detroit, Michigan. The evening started out on a grand note with the show's producers, Eamonn McCrystal and Elizabeth Travis, taking home the award for Best Overall Arts/Entertainment Performance. Eamonn once again received the highest honors with Best On-Camera Talent/Performer. Nigel Wright (producer for Andrew Lloyd Webber and Simon Cowell) won for Best Musical Arrangement and John FD Northover won for Best Director - Live or Recorded Live Event.

"Doors have opened for me that should've been walls, doors I never imagined for myself," says the 27-year-old Irish tenor, entertainer, and now a quadruple Emmy Award winning performer and TV producer, Eamonn McCrystal. The victorious evening was crowned with the surprise attendance of the McCrystal family who flew in from his homeland to show him their support.

The acclaimed traditional pop artist, TV personality and radio host, Eamonn McCrystal, made his music debut at the age of nine and recorded his first album at age 13. Eamonn has collaborated with major artists/producers including Walter Afanasieff, Kristen Chenoweth, and Randy Travis. Eamonn will appear beside Whoopi Goldberg, Ashley Judd, and Patrick Wilson in the movie "Big Stone Gap." Eamonn McCrystal will take "The Music of Northern Ireland" production across the United States in select theaters including The Andy William's Moon River Theater in Branson, Missouri on November 2 - 9, 2015 (reservations 1-800-MOON-094).

Eamonn McCrystal's The Music of Northern Ireland is now available on DVD or downloads at Amazon.com or iTunes.

For more information about Eamonn McCrystal log onto eamonn.net.

"I am thrilled to bring this world class act to our theatre in Branson. Eamonn is not only an amazing talent, he is a man of faith and the kind of entertainer Branson audiences will truly embrace," says Jimmy Osmond, Andy Williams Moon River Theatre owner. 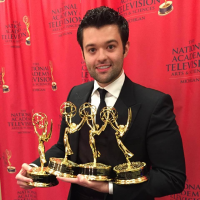 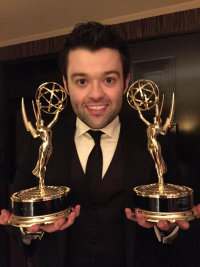