The American Basketball Association, Inc. and Sports Radio America announce a multi-year exclusive broadcast partnership for the "ABA on SRA Game of the Week" beginning this fall.

Starting in November, Sports Radio America will hold the exclusive rights for live internet radio play-by-play broadcasts for the ABA Game of the Week. Other contractual details remain undisclosed at this time.

"The ABA on SRA Game of the Week will be broadcast live to thousands of fans with the capability of reaching millions worldwide," said Jim Tirey, SRA director of live events, who played a key role in landing the multi-year contract.

"We are excited to work with such a quality organization as the American Basketball Association," said Ayokunle Spencer, SRA general manager. "This agreement will solidify opportunities for many new and seasoned professionals in the broadcast community with whom we contract our services. It will also provide fantastic national sponsorship opportunities for the small and emerging businesses to which we cater."

The American Basketball Association is currently the largest sports organization in the United States. Since the rebirth of the ABA in 2000, the league has amassed more than 80 teams across the nation. The ABA is considered the premier basketball association in the USA outside of the higher-profile NBA and its branch organizations. Sports Radio America will focus its broadcasts on the premier matchups during the regular season, as well as the championship playoff series in Laredo, TX, in the spring of 2016.

"Being a former broadcaster, I have watched the amazing growth of on-line broadcasting over the past few years and the impact it has made on the media industry." said Joseph Newman. "We see a bright future for Sports Radio America and are very pleased and proud to be a part of their programming. There's no doubt that the ABA will have major domestic and worldwide exposure. We have so many international players in the ABA and now their families, friends and fans will be able to listen to their games. We are very excited."

About Sports Radio America
Sports Radio America is a wholly-owned subsidiary and flagship brand of Tyayoku Studios, LLC. The network is distributed through frequently-used apps including Live 365 and TuneIn and will soon be available on iTunes Radio. In only its third year of operation, SRA has become a popular choice for authentic sports talk and live game action; registering listeners in 188 US radio markets and 64 different countries worldwide.

The American Basketball Association will host their annual team conference July 11, 2015 in Indianapolis at the Radisson Indianapolis Airport Hotel. 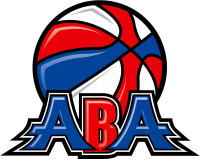