Beyond Bruce Jenner: When Gender Flux Happens to the Person Next Door

Randolph, MA -- (ReleaseWire) -- 06/23/2015 --For the first 40 years of her life, Nicola Jane Chase was a heterosexual man. Now she is a heterosexual woman. "This change didn't occur overnight, nor did I flip a switch to make it happen. In fact, I didn't see it coming at all," says Chase in her just-published memoir, "Tea and Transition: A story of love, the human spirit, and how one man became one woman" (Telemachus Press, 2015).

Over the course of several years, the jet-setting club DJ and radio broadcaster recognized feelings that couldn't be ignored. Why was he feeling like she? Born in England, Chase lived in the Middle East and Asia, but only in New York City did the journey really begin. "The outlines of yin and yang were shifting, with gender and then with my sexuality," Chase recalls. "The city was my backdrop for renaissance." A tipping point was reached; she was in the ascendancy, he was a growing hindrance. That shifting balance imbued a creative surge. "I began writing a journal that later became a book. Usually, when I wrote, I had a cup of tea by my side--as I do now. Tea has been my muse and often my comfort when the conversations were awkward."

In fact, the biggest announcement during her transition came over a cup of Earl Grey: the excruciating moment of disclosure with her 80-year-old mother. The devolution and rebuilding of that amazing relationship is one of the most emotional threads of her story.

However, Chase also recalls laugh-out-loud moments as she tussled with the deeper question of how gender is perceived--for herself and for those around her. She was thrown out of a strip club as a perceived threat to business, initiated her first bikini moment, and went through puberty redux. She was a 16-year-old girl in her 40s who experienced the rollercoaster of youth all over again—but in a new gender.

Dating as a woman raised new complications as men changed their tune once she revealed her past. Her professional life shifted, because the male voice she prized as a DJ became a liability to her femininity. Via martinis on top of the world, the pyramids at dawn, and high-speed motorbike rides around Asian back streets, she confronted her past life and explored the direction of her new one. In a journey that traversed three continents, an end point to her transition became clear. It also made her ponder something deeper: When did she know that she was transgendered?

"Perhaps it sounds strange," she shares, "but I really don't know. There wasn't one supreme moment of sublime enlightenment, nor even a time when my gender status was beyond cogent doubt. Yet it was an inescapable direction in which I was led. Choice? No, there was no choice involved, only emotions to ignore."

Although Chase has never met Bruce Jenner, she relates to the journey that Jenner and countless other individuals are embarking upon. "You are not alone," she points out. "Questioning your gender identity can be daunting, acting on it even more intimidating. Yet, through my own transition, I have developed stronger friendships, greater well-being, and renewed family relationships that I never dreamed possible when I first addressed my gender flux. The future was in the tea leaves." 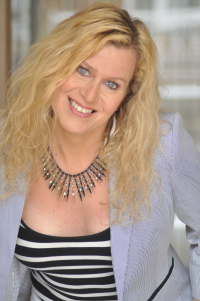 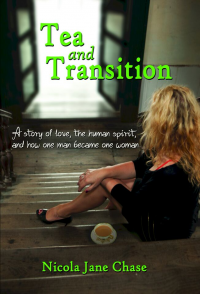