Many Texas believe that the Supreme Court's decision regarding same-sex marriage is a violation of states' rights.

Dallas, TX -- (ReleaseWire) -- 07/01/2015 --In a historic case decision, the Supreme Court ruled 5-4 on Friday, June 26, 2015 that it is the legal right of all Americans—regardless of gender, race, or sexual orientation—to seek a marriage license from the state in which they live. While the Supreme Court's decision has been hailed by many as a long-awaited triumph for civil rights, many others—including some lawmakers in Texas—believe that the decision is a violation of states' rights.

Texas' Attorney General, Ken Paxton, spoke up against the Supreme Court decision, telling reporters that, "the Court weakened itself and weakened the rule of law, but did nothing to weaken our resolve to protect religious liberty and return to democratic self-government in the face of judicial activities attempting to tell us how to live." Mr. Paxton also issued a decree following the decision telling county clerks that they have the right to refuse to grant same sex marriages.

Paxton Not Alone in His Feelings

Mr. Paxton isn't the only Texan who's spoken out against the law; a county clerk from Denton, Juli Luke, feels similarly. Personally opposed to gay marriage, Ms. Luke refused to grant marriages immediately following the decision. On Monday, however, she changed her mind, telling reporters that as a public official—a position that required her to take an oath to hold—it is her duty to put her personal beliefs aside to uphold the law.

For many Texans, the decision made by the Supreme Court is as much a political issue as it is a moral one. Putting personal beliefs aside, many Texans believe that the federal government is overstepping its bounds by making a law that governs state practices.Attorney Jeff Anderson told reporters i n 2014 how interesting he thought it would be to see the Supreme Court's interpretation of gay marriage rights as and protection under the US Constitution.

He indicates that at the end of the day the issue comes down to "state's rights against federal rights. The state courts are going to be bucking up against the federal courts to see how far the federal courts want to step into the state's business."
Read more about the debate here: http://www.jeffandersonfamilylaw.com/dallas-news-turns-anderson-marriage-debate/.

Changes to Family Law in Texas and Elsewhere

Regardless of personal feelings or opinions about the Supreme Court's decision on gay marriage, one thing is sure; the decision will have a big impact on family law in every state. Because same-sex couples are finally allowed to marry in all states, family law reform regarding same-sex divorce, separation, child custody, and adoption are all on the agenda for every state. If you're impacted by the Supreme Court decision regarding same-sex marriage, have questions about your rights, or want to learn more about custody, divorce, or alimony, contact a family law lawyer today. 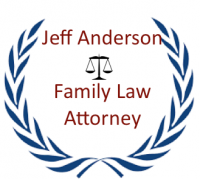