Vandalia, OH -- (ReleaseWire) -- 07/15/2015 --Wright & Schulte LLC, who is currently representing numerous plaintiffs in C8 lawsuits, reports that U.S. District Judge Edmund A. Sargus, Jr., denied DuPont's request for partial summary judgment on eight specific claims contained in various C8 lawsuits. DuPont said in its court filings that the company wanted to address the claims on a "global basis." The plaintiffs, however, argued that DuPont wanted summary disposition against any individual plaintiff who asserts one of the eight claims.

One of the claims alleged by plaintiffs is "strict product liability" due to DuPont releasing the C8 chemical from its Washington Works Plant in Parkersburg, West Virginia and contaminating the water of Ohio and West Virginia residents who lived or worked near the plant. Judge Sargus, who is managing the C8 litigation in the U.S. District Court, Southern District of Ohio, wrote in his July 6 order that it was not clear whether DuPont was asking for summary judgment on all the claims filed in the multidistrict litigation (MDL) for the C8 complaints. Therefore, Judge Sargus denied the motion "to the extent that DuPont seeks this Court's decision…to apply to each individual plaintiff who has asserted one of the eight claims." (In Re: E.I. DuPont De Nemours and Company C-8 Personal Injury Litigation, MDL No. 2433)

"We are pleased with Judge Sargus' refusal to allow the summary judgment to apply to all of the cases in the MDL," said attorney Richard Schulte, a founding parter with Wright & Schulte LLC. Mr. Schulte is also serving on the Plaintiffs' Steering Committee for the federal C8 lawsuit litigation.

Court records indicate that plaintiffs opposed DuPont's action and argued that this was DuPont's way of asking the Court to "ignore the individualized facts" of thousands of lawsuits in the MDL and grant summary judgment "on entire categories" of claims that the plaintiffs had the right to present. Along with its motion to Judge Sargus, DuPont also attached specific C8 lawsuits which were representative of the eight claims, according to court documents.

The eight claims are:

Judge Sargus ruled on these eight claims as they related to the representative complaints that DuPont filed with its motions for summary judgment. (In Re: E.I. DuPont De Nemours and Company C-8 Personal Injury Litigation, MDL No. 2433)

As stated in court documents, plaintiffs in the C8 MDL allege that DuPont's Washington Works Plant in Parkersburg, West Virginia released the C8 chemical which contaminated the private water sources and public water districts in certain parts of Ohio and West Virginia. C8 is another term for perfluorooctanoic acid, a man-made chemical used in producing such products as non-stick cookware, and protective finishes on carpets and water-resistant clothing. As a result of the water contamination, plaintiffs alleged that they suffered from one or more of the diseases that a C8 Science Panel, in October 2012, linked to the contaminated water.

The medical conditions are:

The Mid-Ohio Valley residents who suffered from one or more of these diseases and lived or worked in one of the water districts affected by C8 contamination prior to December 4, 2004 were eligible to file a C8 personal injury or wrongful death lawsuit.

The affected water districts are:

Court records indicate that Judge Sargus has scheduled bellwether trials for C8 lawsuits in September 2015 and November 2105, as well as in March and late April 2016. (In Re: E.I. DuPont De Nemours and Company C-8 Personal Injury Litigation, MDL No. 2433)

About Wright & Schulte LLC
Wright & Schulte LLC, an experienced personal injury firm, is dedicated to the belief that America's legal system should work for the people. Every day, the attorneys of Wright Schulte LLC stand up for the rights of people who have been injured or wronged, and fight tirelessly to ensure that even the world's most powerful corporations take responsibility for their actions. If you're looking for a law firm that will guarantee the aggressive and personal representation you deserve, please do not hesitate to contact Wright & Schulte LLC today. 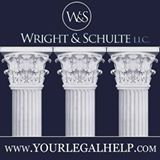