Pennsylvanian Reinvents the Common Clothing Hanger, Kicks It off with a Kickstarter Campaign

Pittsburgh, PA -- (ReleaseWire) -- 07/21/2015 --Two years ago, David Kirkwood stood in front of his bedroom closet, holding a sweater he'd worn that day. Knowing that sweaters don't always need to be laundered after one wear, Kirkwood intended to re-hang his sweater in his closet. But it dawned on him that he might have already re-hung his sweater numerous times since it was last laundered. He had no way of keeping track of wearings between washings.

It also dawned on Kirkwood that his dilemma was not just about sweaters, but also included jeans, trousers, and even shirts that could be worn more than once between washings. But he found himself often afraid to re-hang his clothes, as there was no way to differentiate between what had been worn—once of many times since it was laundered—and what was freshly laundered. So at the end of each day, he'd often toss everything he'd worn into his laundry hamper, which resulted in needless laundering.

So Kirkwood searched online for hangers that could solve his problem. Finding none, he began a journey that has now led to the launching of his own line of hangers.

He's calling them Intelligent Hangers, because they help users launder their clothing at intelligent intervals, saving themselves time, money, and ending uncertainty and embarrassment (due to wearing under-washed clothing). They also help save the environment.

Intelligent Hangers look much like any other flocked hangers that have become so popular, except that they have counters that rotate around the hanger stems. When re-hanging an article of clothing, the user simply turns the counter one "click," which highlights the next consecutive number, 1 through 5. Now that article of clothing hangs identified as having been worn, and the number of times it has been worn since it was last laundered is obvious.

Kirkwood says that he has spent the past two years researching consumer hangers and taking note of their good and bad qualities. "Intelligent Hangers will be very durable, because one of the chief complaints of velvet-covered plastic hangers is that they break so easily. That will not be the case with our hangers" Kirkwood says. "We've focused on quality. We've tested our prototypes by hanging 30-pound dumbbells from them. They've held up, due to a superior materials and manufacturing processes."

In order to fund his first production run, Kirkwood is turning to the popular crowdfunding website, Kickstarter (Kickstarter.com). There, potential backers can read about the many advantages of Intelligent Hangers, and they can make a financial pledge to support the project in return for receiving, at a discount, the very first Intelligent Hangers.

"We're excited to be solving a very common problem, and we're hoping that we can raise on Kickstarter.com all that we need to make this dream a reality" Kirkwood says. "Kickstarter.com will not charge any backers' credit cards unless we reach out total funding goal by our deadline. So it is all or nothing. Our campaign began July 21." 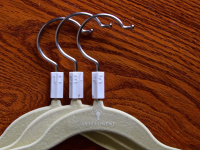 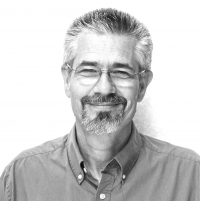