Dr. James J. Salz Gives Two Lectures at the Italian Society of Ophthalmology Meeting in Rome, Italy in May 2006

Los Angeles, CA -- (ReleaseWire) -- 06/07/2006 --Dr. James J. Salz gave two lectures at the International Congress meeting of the Italian Society of Ophthalmology in Rome, Italy, which took place from May 17-20, 2006. This meeting was also a regional meeting of the International Society of Refractive Surgeons of the American Academy of Ophthalmology. Dr. Salz has been past chair of this Society and is currently on its executive committee. Dr. Salz gave one lecture on intraocular lens calculations after refractive surgery and a second on the pre and post-operative management of LASIK patients with large nighttime pupils.

“I enjoyed the opportunity to interact with over 2,000 colleagues from Europe at this important meeting,” said Dr. James Salz.

Laser eye surgery involves reshaping the cornea, the outer lens of the eye, with an excimer laser beam, to correct nearsightedness, farsightedness and astigmatism. Laser vision correction was first approved by the FDA in 1996 and the procedure has undergone multiple refinements since the original approval including flap creation with a laser instead of a blade and customized wavefront based treatments which improve the chances of obtaining 20/20 vision or better and provide better quality vision with fewer side effects such a night glare and halos

LASIK is a popular form of laser eye surgery uses a combination of automated lamellar keratoplasty (ALK) using a microkeratome (FDA approved) to create a “flap” and the excimer laser (FDA approved) to reshape the cornea (“zap”). LASIK is the most commonly performed laser eye procedure worldwide.

Laser Vision Medical Associates, Inc. (www.drsalz.com) is a refractive surgery medical practice based in the Beverly Hills, CA area. Doctor James Salz, M.D. is the President and primary physician who performs laser vision surgery. Dr. Salz has been researching and publishing studies as well as performing refractive surgery, including LASIK, for almost 30 years. Dr. Salz is Clinical Professor of Ophthalmology at the University of Southern California and Co-Director of Refractive Surgery Research at the Discovery Fund for Eye Research at Cedars-Sinai Medical Center in Los Angeles. He has been the principal investigator for several major studies, including 8 FDA excimer laser studies, STAAR Surgical Implantable Contact Lens for Hyperopia FDA clinical trial. Dr. James Salz has been a paid consultant to Visx, and Alcon Summit Autonomous for LASIK. Dr. James Salz is an expert of special interest in all aspects of refractive surgery, including LASIK, PRK, and Phakic implants. Dr. James Salz is also an expert in cataract surgery and lens implantation as well as medical legal matters and device and method patents related to ophthalmology. Dr. James Salz has an extensive listing of publications he has written or edited (http://drsalz.com/publicat.html), and spoken at hundreds of meetings concerning Lasik and other laser eye surgery procedures in the United States and abroad. For more information about Dr. Salz, please visit www.drsalz.com. For information about Dr. James Salz’s unique qualifications for Lasik, please see http://drsalz.com/whychoose.html. 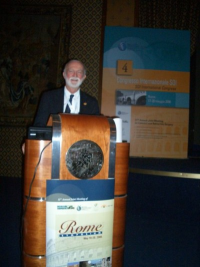