Toronto, ON, Canada -- (ReleaseWire) -- 08/31/2006 --Gamebience today unveiled its premiere PC-based cricket game Cricket Life 2007 here at Toronto. Developed and to be published by Gamebience, Cricket Life 2007 is a game that lets users take control of every major aspect of a cricket player’s life.

Announcing the game into the market, George Fredericks, the Media Relations Officer said, “Cricket Life 2007 is a new concept in the area of sports gaming. It is not just a sports game but a sports-based strategy and business game.” Cricket Life 2007 game has many new features that haven’t been experienced before in other Cricket games. “The game allows you to sign sponsorships with companies, invest hard-earned money in various businesses and even try and win various international and domestic awards – just like in real life.” Cricket Life 2007 allows the gamers to climb the ranks through the state team to become the captain of their chosen cricket team. Win the games, captain the side and reap the rewards. Watch yourself becoming the hero of the cricket world and see your name appear in leading newspapers.

One of the most interesting parts of the game is its business aspect. The gamers can invest their hard-earned money into business and personal assets such as to buy luxury homes. It even allows them to start a sports academy or to start their own ‘5-star hotel’! What’s more, want to take a break from cricket? You can even go for a vacation. Moreover, gamers are entrusted to take a major decision of any player’s life – say to get married. Every decision that a gamer takes in the game has a big influence in the player’s life. This multi-dimensional game offers some stimulating mental exercise and tests the gamers’ cognitive dexterity in making intelligent decisions.

The game includes 2D and 3D graphics to balance the game. The game features over 30 customized International and Domestic tournaments. A comprehensive ODI and Test Player and Team rankings forms a part of the game. Features such as various International and Domestic Awards Ceremony for sporting excellence only add more spice to the game. More details about the game’s exciting features will be revealed between September 01, 2006 and September 15, 2006 on their website, cricketlife2007.com as part of the game’s awareness campaign.

Regarding the status of development, S.A. Uzayr, who is heading the project team and is also the CMO said, “The game has been in development for over 8 months. We will be into beta stage within a short time. So the gamers don’t have to wait for a long time to see this game out in the market.”

On product endorsement, he said that Gamebience is under negotiations with certain cricket players and nothing can be revealed as of now.

Speaking about the game, he said, “Cricket Life 2007 is a new concept in the area of sports gaming. This is a game that is focused on making strategic decisions like where to invest money, what sponsorships to sign and how to achieve success. Such decisions are often taken in the real-life and hence the game lets the users to learn something that is useful in real-life while having some great time.”

About Gamebience
Gamebience is a Canada -based developer and publisher of interactive games in Toronto. 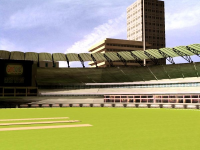