Elburn, IL -- (ReleaseWire) -- 09/12/2006 --Seven years following his retirement, the greatest player in the history of professional hockey is still setting records. MINT State, a collectibles dealer specializing in high-grade sports cards, based in Elburn, Illinois has sold a 1979 O-Pee-Chee #18 Wayne Gretzky rookie card for $80,000, making it the most valuable hockey trading card in existence. Although Gretzky’s 1979 rookie card is perceived to be a fairly modern issue and not considered especially rare, the record-setting card is the only Gem Mint 10 ever graded by Professional Sports Authenticator (PSA), the industry’s most recognized sports card authenticator and grader. PSA uses a ten-point grading scale and Gem Mint 10 is the highest grade used by the authentication company.

Rick Snyder, founder and President of MINT State, brokered the sale between two of the company’s clients.

“Our consignor purchased the only PSA-graded Gem Mint 10 of Gretzky’s OPC rookie card in August 2005,” explained Snyder. “He made a recent decision to refocus his collection and asked MINT State to find a buyer. In less than 30 minutes, the card had sold to a private collector for $80,000, the highest price ever paid for a single hockey card.”

Snyder continued, “Extremely high grade football, basketball, and hockey cards continue to escalate in value at higher rates than their baseball counterparts. The buyer viewed this as a rare opportunity to acquire the finest known rookie card of a major sport’s universally recognized all-time greatest player.”

MINT State is a PSA Authorized Dealer of vintage football, basketball, baseball, and hockey issues, specializing in Mint and Gem Mint graded cards. PSA can be visited on the web at http://www.psacard.com. Utilizing an extensive network of dealers, private collectors, and other sellers to obtain high-grade sports cards, MINT State assists with many of the finest collections ever assembled. Established in 2002 and in its fifth year, MINT State purchases single cards, entire collections, and offers a consignment package as an alternative to outright purchase. For more information, please visit http://www.mintstateinc.com or contact MINT State by email (info@mintstateinc.com) or telephone (630-365-9790). 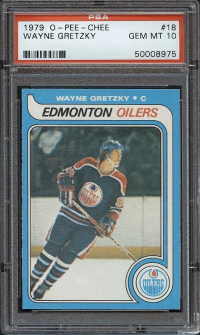