RELX was recognized by Deloitte for the company's strict quality control, research and development efforts and supply chain.

RELX is the first e-cigarette brand in China to establish a professional research and development lab for safety tests and product innovation. The lab has adopted one of the strictest quality and safety standards for e-cigarette production globally.

To further ensure the quality and safety of its products, RELX produces its own vape pods at its factory in Shenzhen. It is the biggest e-cigarette factory in China and covers an area of 20,000 square meters with over 4,000 workers and a maximum production capacity of over 50 million vape pods per month.

About RELX
Founded in 2018, RELX has risen rapidly in the highly competitive e-cigarette market thanks to its heavy investment in research and development. RELX holds itself to the strictest industry standards in the world. RELX is based in China, the world's largest producer of e-cigarettes. 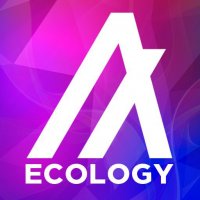