Mellor came up with this full-featured outdoors GPS navigation device pursuing his passion for outdoor pursuits after being laid off by Hewlett Packard after 12 years as a software engineer and the birth of his youngest son.

The app turns your smartphone into a state-of-the-art GPS device for hikers, kayakers, big game hunters, and off-roaders - anyone who likes to disappear into the backcountry for their adventures. Unlike many "GPS" apps, BackCountry Navigator XE does not have to receive a cell signal to operate. It uses the same hardware the military and handheld GPS devices have been using for decades. You just have to download the maps before heading out, and the phone's GPS will handle the location tracking.

The original Backcountry Navigator app was only available on Android, where it has received more than 4,300 five-star reviews and has held the #1 place in its category for six years. The crowdfunding campaign is a project to bring the app to iOS and the Web and to improve certain functions based on customer feedback.

The app will also become subscription based; Mellor says that subscribers will experience benefits that far outweigh the cost of subscriptions. Kickstarter backers will receive significant discounts on subscriptions in addition to subscriptions to Thunderforest Maps and Caltopo Maps.

The project timeline has beta testing its web functionality occurring in December of 2017, with beta testing of its iOS and Android versions beginning in February 2018. The app is expected to go live in the Google Play and Apple App Store in May 2018.

The Kickstarter campaign can be found at https://kck.to/e2Nvq2R and runs until September 28, 2017.

The BackCountry Navigator app was recently mentioned in Digital Trends. The article can be found at https://www.digitaltrends.com/outdoors/backcountry-navigator-xe/.

More information about the app can be found on its web page at http://backcountrynavigator.com/.

About Nathan Mellor
Nathan Mellor is a software engineer and avid outdoorsman who pursued his dream of helming his own online business. Since the development of the original BackCountry Navigator app, he has gone on to win multiple awards for mobile app development and wrote a book about creating Android apps for profit. He has also been a guest speaker at AnDevCon from 2011 to 2016, as well as at Wearables TechCon in 2015. 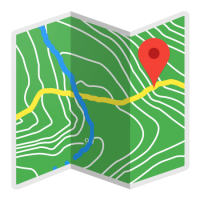