Glendale, CA -- (ReleaseWire) -- 01/26/2017 --On the heels of his performance as the 2016 "Humanitarian of the Year" at the annual Little Kids Rock Benefit in New York City, Kenny Loggins will be giving students at Woodrow Wilson Middle School in Glendale more than a million reasons to make beautiful music. On January 26, Loggins will make a special appearance to collaborate and perform with the students, and deliver brand new instruments to support the school's music education program. This is all part of Little Kids Rock's mission of transforming lives by restoring, expanding and innovating music education in public schools.

"During that period where you are a teenager, and you don't know what to say, and you don't know how to express what you feel, music comes in to bridge that gap for you-to be that way of expressing your heart," Loggins said. "Every child should experience the power of music. I'm really proud and honored to be a part of the Little Kids Rock family."

Loggins' performance at the sold-out benefit last October not only brought the crowd to its feet but also helped raise $1.1 million to establish youth-centered, culturally relevant music education in schools across the United States. Because these funds will bring Little Kids Rock's program to tens of thousands of additional children nationwide, Mr. Loggins is taking time out of his busy schedule to personally deliver the first of more than ten thousand brand new instruments, including guitars, drums, and amps to the students at Woodrow Wilson Middle School.

"We are so grateful that Mr. Loggins is taking the time to support and inspire our kids and teachers," said Chris Donohoe, Chairman of the Board of Directors of Little Kids Rock. "Not only did he help to raise such significant funding at the benefit, but he's also jumping right in to make such a huge impact on these kids."

The donation will kick off Little Kids Rock's 2017 music education expansion initiative in the state of California. Following Mr. Loggins' visit, Little Kids Rock will launch instrumental music programs in 30 additional schools throughout the Los Angeles area and host a Modern Band Workshop on Saturday, January 28 where teachers will be trained on how to run a music program rooted in popular music.

WHAT: GRAMMY® Award-winning singer-songwriter Kenny Loggins visits middle school for a special collaborative performance and Q&A with the music students followed by surprise generous donation of gear to celebrate the successful fundraising event at which he was honored.

Media are encouraged to attend. Interview and photo opportunities are available. To RSVP or for more information on the upcoming workshop, please contact kat@littlekidsrock.org.

About Little Kids Rock
Little Kids Rock is a national nonprofit dedicated to transforming lives by restoring, expanding, and innovating music education in our schools. The organization partners with public school districts to train teachers to run its innovative Modern Band curriculum and donates all the accompanying instruments and resources necessary to teach popular music in a way that empowers students to experience instant achievement. What began as a single after-school guitar class has since exploded into a national movement that brings free, weekly music lessons to more than 250,000 public school children through the efforts of more than 1,800 teachers in 127 school districts nationwide. To date, Little Kids Rock has served more than 500,000 students.

About Kenny Loggins
Kenny Loggins' remarkable four-decade-plus career has brought him from the top of the charts to the toast of the Grammys. He's had smash hits on Hollywood's favorite soundtracks, rocked worldwide stages, and found his way into children's hearts while bringing his soulful, beautiful voice to platinum albums of a stunning variety of genres. His gift for crafting deeply emotional music is unparalleled, and it's been a part of his life as long as he can remember.

Though he's got 12 platinum albums, a pair of Grammys, and hits on almost all the Billboard charts under his belt, Loggins is far from done. Since 2010, Loggins has been onstage with the country trio, Blue Sky Riders. The group released its debut album, Finally Home, on its own record label, 3Dream Records, in January 2013 and is currently working on their second album, Why Not. Last October, he released his latest children's project, the book Footloose (Moondance Press, an imprint of Quarto Publishing Group USA), inspired by his 1985 Oscar® nominated and Grammy® Award-winning "Song of the Year." With more projects in the works, he's still looking forward to what's next. "I feel very lucky that this is the way I make my living, and not a lot of people can say that," Loggins says. "I've been lucky that I love what I do and I get to keep doing it." 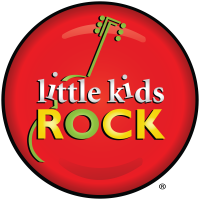