Shenzhen, China -- (ReleaseWire) -- 10/16/2017 --For everyone who has ever wished they could make their own real life video game out of their surroundings, their time has come.

The Rockee Drone allows players to recreate their very own air battles, straight out of Top Gun, Independence Day, and Star Wars. The world's first high-definition, first-person view, infrared athletic drone, the Rockee Drone, can be supported by mobile phones or virtual reality glasses. It is equipped with a gyroscope controlled by gravity sensors, which allows players to bust moves like "360 cobra rolling" for tactical supremacy. The Rockee Drone had 3 speed modes and boasts infrared shooting.

Homemade flight battles can also be recorded and shared - the Rockee Drone also sports an HD camera, Wi-Fi connection, and real-time transmission. With a 100m ascending limit and a 150m flight control distance - the size of a football field - players' fantasy fight flights will feel like they are taking place in an area larger than New York City.

The Rockee Drone is currently available through its crowdfunding campaign on Indiegogo. Backers can purchase one or more Rockee Drone DIY kits and spare batteries at impressive discounts off the MSRP. With a month left in the campaign, Rockee Drone delivery to backers is expected in November. There is no better Christmas gift for friends and family who love first person shooter and flight games.

The crowdfunding campaign can be found at https://www.indiegogo.com/projects/rockee-most-enjoyable-diy-athletic-battle-drone/x/17401403#/. 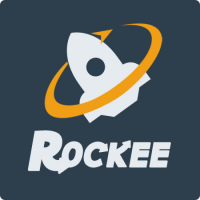