The multimillion-dollar hotel and indoor waterpark resort to include a competition natatorium and aquatic center, massive indoor waterpark, five outdoor baseball diamonds, and a brand-new Genesis Health Clubs location. The indoor waterpark will be the largest in South Central Kansas. A groundbreaking ceremony and media Q&A will be held at the site, located at the 19800 block of West Kellogg in Goddard, on Monday, November 5th at 2:00 p.m.

Wichita, KS -- (ReleaseWire) -- 11/05/2018 --Wichita entrepreneur and philanthropist Rodney Steven II announced today the development of a new hotel and indoor waterpark complex in a partnership between the city of Goddard Kansas, Genesis Health Clubs, and Imagine Resorts and Hotels, whose principals, Bruce Neviaser and Craig Stark, were founders of Great Wolf Lodge. The massive indoor waterpark and 123-room hotel will be the largest indoor waterpark within a three-hour drive. The facility will be adjacent to the previously announced Goddard Aquatic Center, part of a development that will include a Genesis Health Clubs location, pre-school, youth sports camps, baseball diamonds, and world-class competitive swimming natatorium.

The waterpark resort will feature cutting edge water features, including a giant interactive play structure, multiple slides, lazy river, hot tubs and more! The waterpark will connect to the 123-room hotel, a competitive swimming natatorium with 600-spectator seating, a pre-school, and much more. A new premium Genesis Health Clubs fitness facility will be included with several group exercise studios, strength training equipment and a cardio deck overlooking the aquatic center.

Rodney Steven II, Genesis Health Clubs Owner and President, discussed the ambitions for the waterpark. "There isn't an indoor waterpark like this within a three-hour drive, and the demand is huge. When we decided to bring an aquatic center to Goddard, we knew we needed something big, and this is it. Our projections show this facility will draw people from hundreds of miles away, from competitive swim meets and baseball tournaments, to a family waterpark experience this area has never seen. This will be a major regional draw."

While the decision to build an indoor waterpark was easy, it was more important for Steven to get it right. "That's why we decided to partner with Imagine Resorts, whose executive team essentially launched the indoor waterpark resort segment with Great Wolf Lodge. Have you been in a Great Wolf Lodge? It's an amazing brand; they do hotel/waterparks right. Bruce and Craig stepped away from Great Wolf Lodge a few years ago, but they bring so much expertise and know-how to the table. We couldn't be more excited to partner with them and bring something special to the Midwest."

Asked about the name and branding, Steven's enthusiasm grew. "We are incredibly eager to announce the name and thematic concept soon. We're putting the final touches on what will be an iconic brand for the city and the region. Let's just say it's a fun theme; I can't wait to share more."

Goddard mayor Jamey Blubaugh lauded the economic benefits to the city. "What a win for Goddard and what a win for the state of Kansas. To have Goddard host the next big brand in family entertainment from the minds behind Genesis Health Clubs and Imagine Resorts is beyond exciting. We estimate this development will have an annual economic impact of over $236.5 million per year for the city of Goddard and bring new businesses and 404 new jobs to the area."

Steven agreed, adding, "As an entrepreneur, you can tell when an area is ready to pop. Goddard and west Wichita will be the hot new area in South Central Kansas in the coming years. We're excited to be the catalyst. This indoor waterpark is just the beginning."

About Genesis Health Clubs
Genesis Health Clubs believes innovating, educating and helping people look and feel better than they ever have before. By providing the most well-rounded gym experience in their 45 clubs throughout the Midwest and recently Colorado, Genesis delivers premium amenities, a variety of classes and world-class training to its members. Genesis Health Clubs will continue to grow, change, innovate, add new services and even new locations to give their members what they need to achieve their goals.

Genesis Health Clubs owner Rodney Steven II is a lifelong health and fitness enthusiast and advocate and has not missed a workout in over 25 years. Steven recently helped raise over $60,000 for fallen Sheriff's Deputy Robert Kunze III in a fundraising effort with the Wichita Thunder hockey team, which he co-owns with his brothers. 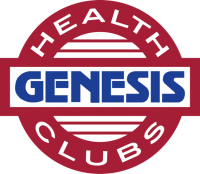