Henderson, NV -- (ReleaseWire) -- 08/26/2019 --Rosanna Arquette (Pulp Fiction, Draft Day, Sideswiped) is attached to star in the feature "Chicago 1919." a film inspired by the true story of the Chicago race riots which began with the murder of a young Africa American boy, Eugene Williams, July 27, 1919. Director Julie Dash (Daughters of the Dust, the upcoming Untitled Angela Davis bio-pic, the Rosa Parks Story) has come on board to direct.

"Chicago 1919" is about two young African-American brothers, and their involvement in the true-life Chicago race riot of 1919, an extremely violent racial conflict provoked by ethnic White Americans against Black Americans that began on the South Side of Chicago, Illinois, one hundred years ago on July 27th, and ended on August 3, 1919. During the riot, thirty-eight people died (23 Black and 15 White). It is considered the worst of the nearly 25 riots in the United States during the "Red Summer" of 1919,

Rosanna Arquette stated, "I am so proud of Seanne N. Murray for bringing light to this part of American history that's been buried for so many years. Knowing and understanding our history is important to how we see each other today and vital in terms of how we move forward as a country. More than ever we must face the consequences of our own history and recognize that we can thrive together."

Writer/Executive Producer Seanne N. Murray stated, ""Exactly 100 years ago, Chicago and America, were transitioning from rural to urban with races and ethnicities, the people and experiences, thrown together, all reaching for the "American Dream", a better life for themselves and their families. I wanted to tell that story and the summer of 1919 in Chicago represents those events and forces seen through the eyes of two brothers fighting for their lives. Chicago 1919 shows how lives change in an instant and choices reverberate through time."

"Julie Dash is a phenomenal talent and gift to this project. Her vision and work on Daughters of the Dust, connects beautifully with the themes of Chicago 1919."

"I am delighted to be part of the creative team as the director of Chicago 1919" said Julie Dash. "I look forward to working on Chicago 1919 and bringing this important historical and relevant drama to the screen."

Global Genesis Group has worldwide distribution rights on the film.

Rick Romano, President of Global Genesis Group, stated, "It's exciting to be involved in telling a forgotten part of American history that took place exactly 100 years ago. Now, more than ever, in a still divisive time in our country's relationship with race, it is the perfect opportunity to open the world's eyes into race issues that not only took place 100 years ago but that our country still struggles with today. We are thrilled to have a director such as Julie Dash attached to provide an honest look into this sad part of America's history." 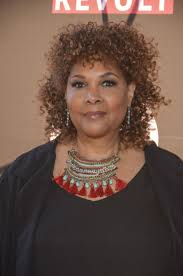