On September 8, 2015, Singer Songwriter Runaway Scotty will provide exclusive access into the virtual studio for fans who pre-order his album LP, “Rock My Heart”, via PledgeMusic. Available products will include digital and physical content, signed copies, merchandise, executive producer credit, and acoustic house concerts. A video has been released with an upcoming single on the way.

Dallas, TX -- (ReleaseWire) -- 08/18/2015 --Singer Songwriter Runaway Scotty has announced the pre-release of his debut pop rock LP entitled "Rock My Heart." Launching September 8, 2015, the project will be on PledgeMusic for everyone to see and experience. Scotty will provide exclusive access into the virtual studio for music fans who pre-order the album. For as little as $10, pledgers get a behind the scenes look at how the music was made and special insight into the creative process. Originated in Naples, Italy in early 2014 and scheduled to complete finishing touches this month in Dallas, TX, the evolution of songwriting and arrangements will be exclusively shared with fans that join the campaign. Music lovers who have a passion for pop rock music inspired by Imogen Heap and The Killers will want to get involved before the ink dries. Pledgers will receive exclusive access to musical rarities, such as alternate versions, acoustic versions, and instrumentals that are unavailable to the public. And since this project has evolved over 18 months, there is plenty of unreleased material to share.

An early release has been hailed as "full of genuine hooks that feel like they've lived inside of you for years just waiting for someone else to express them somehow. You feel like you recognize these warm tones without being able to pinpoint a single melody to anyone other than Runaway Scotty's own catalog – and if that isn't the sign of a fantastic songwriter I have no idea what else could be." - Sleeping Bag Studios.

To prepare for the launch, on August 17, Runaway Scotty released his first single and promotional music video of the catchy pop song "Change Change Change" via his YouTube channel and Facebook fan page. The single will be available for purchase via download or streaming the following week via all major online retailers. "Change Change Change" showcases the scale of talent involved in the project, provides listeners the magnitude of quality in the music, and leaves them begging for more.

About Runaway Scotty
Runaway Scotty is a classically trained singer songwriter, guitarist, arranger, producer, and coffee lover who has recruited a team of world class musicians and engineers to fuel his debut multi-genre release, "Rock My Heart". The heavy contrast of ecclesiastical music blended with rock influence is the nexus of creativity for his forthcoming album. Originated in Naples, Italy, Scotty hopes the tracks on the record can provide a pathway for a listener's own personal transformation. "It's a process of owning and honoring one's darkness in order to create acceptance and ultimately find a true light within – so that it can be shared with others," he says. "Rock My Heart" will be available for pre-order September 8, 2015 on PledgeMusic.

Music fans desiring more information or who would like to contribute in other ways can contact Patsy Hesson at info@runawayscotty.com. 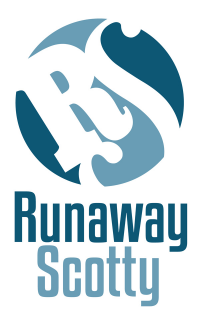