The day was termed as the Million Financial Smiles Day and saw 6 teams from various schools across India fighting it out for the coveted 1 lac cash scholarship. The quiz master, who is a board member at National Finance Olympiad and also the founder of the quizzing company QPundits, kept the whole atmosphere reverberating with some great questions and with his high energy.

There were nine rounds of intense quizzing and the winner Ryan International School, Chandigarh did not miss a chance to flaunt financial knowledge prowess.

"It is good on the eye and is light but it lacks detail and has been criticized as blind people find it hard to identify this by rubbing fingers on it. The two metallic rings clearly look different where the outer golden ring is aluminium bronze and the inner blank is nickel and copper. It weighs 7.7 gms . What are we talking of?" were thrown at the participating teams and the winner Ryan International School, Chandigarh promptly replied to the question, "the new 10 Rupees Coin", much to the amazement of the jam packed audience.

The first runners up Welham Boys School, Dehradun and the second runners up Anandalya from Anand, Gujarat received Rs 40,000 and Rs 20,000 cash scholarship respectively. The other teams that made it to the final were Modern School Vasant Vihar, Delhi, Mt Abu Public School, Delhi and Sulochana Devi Singhania School, Mumbai.

Another coveted prize of 'Finance Gurukul' was won by Ryan School, Gurgaon for motivating maximum students to participate in the National Finance Olympiad.

The Program Directors Hemant Bisht and Alok Sharma were thrilled with the outcome and congratulated the winning teams who made it through three rounds to reach the National Finance Olympiad's- "Million Financial Smiles- Grand Final Quiz".

Earlier in the year the National Finance Olympiad Association had reached out to over 5000 schools for conducting the Olympiad and had also conducted a Financial Literacy Artwork Contest.

The program was supported by generous sponsorship from organising bodies IIFM Ltd also from myGullak.com and PRATHAM Test Preparation Institute. 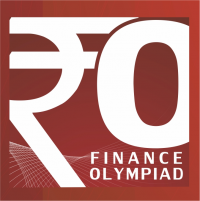