San Diego, CA -- (ReleaseWire) -- 03/10/2016 --San Diego hip hop artist QFlows has scheduled the release of the title track to his newest mix tape "Showtime". The track will be released on YouTube and SoundCloud on March 14th, 2016 as a sneak peek leading up to the tape's release in June, 2016.

"Showtime" is the first mix tape released by QFlows. It is a culmination of over six months work. After composing, recording, mixing and mastering several tapes since the age of 14, this is the first tape he is releasing. When asked why he hasn't released any other tapes up to this point, he said simply, "It's Showtime".

Although the majority of the instrumentals are produced by other producers, QFlows does produce several of the tracks on the tape, and does all of the recording, mixing and mastering himself in his studio.

Several of "Showtime's" ten tracks highlight the positive aspects of life. While the mix tape holds onto the edginess QFlows is known for (and his fans will recognize immediately as his signature sound), there will also be some pleasant surprises.

Qflows' current 2016 tour puts him at the GET MONEY STOP HATIN' TOUR in Austin, Texas where he will be opening for Young Buck (G-Unit) and Lil Flip.

He has also performed at the KAVA Lounge and Queen Bees in San Diego, and at the Rock the Mic Showcase in New York City, hosted by DJ Absolute and Sony Music Group. 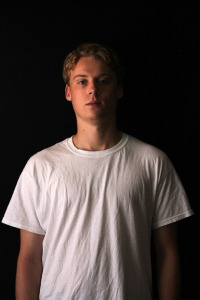