Los Angeles, CA -- (ReleaseWire) -- 06/13/2019 --Rising Indian artist, Sapra, announced that he has partnered with the T-Series label for the worldwide release of his new music video, "Coco," a story that will resonate with any age and one with which Sapra is familiar. With tremendous success upon its launch, the video now celebrates one million views.

"When youth goes through vulnerable moments, they tend to pick on drugs, cocaine, alcohol or crazy habits," said Sapra. "The protagonist in the video believes that if we are focused on growing in our personal life, we get everything we desire."

Edgy, rebellious, youthful and open-minded, "Coco" is an outspoken, no-holds barred perspective that boldly states "We can say what we want and won't shy away from the world." Sapra raps about a relationship gone wrong and the sweat and pain he feels in his heart whenever he thinks about her, but that he trusts in his love.

The music video is based on a true life experience. Sapra tells the story of a man's loss when his girlfriend, Coco, leaves him. He's lonely and lost in an emotional pit of despair. He continues to pursue her for the next three years, while channeling all his pain into his career. He grows in dedication and self-confidence, with the video culminating in a moving climax when the couple unexpectedly meets again.

As a rising star, Sapra feels fortunate and honored by T-Series' interest in working with him. It's one of the world's leading labels and is frequently in the news for having the highest following on YouTube. The label has the most-viewed videos, with the company's only serious competitor being PewDiePie. T-Series' success is due to Bhushan Kumar, chairman and managing director of T-Series, who fully supports Sapra's thoughts about choosing love over drugs.

"We're not preaching anything to youth in the video, just sharing an idea," said Sapra. "We as youths have the right to make our own decisions, fall down and learn from it. The more the #saynotodrugs campaign is pushed, the more youths are pushed to try those drugs.

"No one has the right to tell another what to do," continued Sapra. "I respect the decisions youths want to make, however, they must have awareness of cause and effect. I suggest falling in love with anyone you like, your profession, art, music or spirituality, and to pursue the dream in your heart."

The video has an impressive line-up of talent both in front of the camera and behind the scenes, with actress and model Isabela Valotti playing Coco. Music is by Sharad Tripathi, Sapra and Taylor Sparks. Ab Chandra directed the video and it was shot by Keith Jones. Business partner, Michael Washington, was the creative director, with Michael Philpot as the fashion stylist. It was shot on location in Mammoth Lakes, CA and in Los Angeles, CA.

"Coco" is a story of love, loss, success and redemption that resonates strongly with young adults. Sapra and Valotti capture the yearning, vibrancy and resiliency of youth with poignant accuracy. The video demonstrates the power of pursuing a dream and how even a heart-wrenching event can be a transformative and positive experience.

About Sapra
Sapra is a rapper, film producer, and graduate of NYFA and UCLA. Fans can connect with Sapra on Instagram.

About T-Series
Super Cassettes Industries Private Limited is an Indian music label and film production company founded in 1983 by Bollywood music producer, Gulshan Kumar, and that conducts business as T-Series. It's primarily known for Bollywood music soundtracks and Indi-pop music. As of 2014, T-Series was India's largest music record label, commanding up to a 35 percent share of the Indian music market, followed by Sony Music India and Zee Music. As of Jan. 2019, the company has 29 YouTube channels with more than 140 million subscribers. 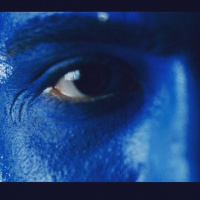