Perfection Unleashed, a Science Fiction Novel about the Perfect Human Being, Receives the Reader Views Literary Award, It's 5th Since It's 2012 Publication

Fort Lauderdale, FL -- (ReleaseWire) -- 04/01/2013 --The winner of Science Fiction awards, Jade Kerrion's novel, Perfection Unleashed, invites readers into an urban fantasy world transformed by the Genetic Revolution. The silent animosity between humans and genetic mutations breaks into open war after the creation of "the perfect human being." Caught in the conflict is the Science Fiction novel's protagonist, Danyael Sabre. An empath, Danyael is powerful, but chooses to live a low-key life, avoiding attention. When the perfect human being, Galahad, emerges from Pioneer Laboratories, and the mutants descend on Washington, D.C., Danyael finds himself drawn into the conflict. The perfect human being looks just like him.

Perfection Unleashed is Jade Kerrion's first novel in her Double Helix series, and the sixth novel to her name. The novel is part thriller and action adventure, as well as Science Fiction. She started as a fan fiction writer of the MMORPG Guild Wars and was accused of "keeping my readers up at night, distracting them from work, housework, homework, and (far worse) from actually playing Guild Wars."

About Jade Kerrion
Jade Kerrion graduated from John Hopkins University with degrees in Biology and Philosophy, and then attended the Darden Graduate School of Business Administration at the University of Virginia where she received her MBA. She currently resides in Ft Lauderdale, FL with her husband and two sons, where she continues to write, striving to, "not just screw up the time management skills of gamers, but everyone else's too."

Her website is http://www.jadekerrion.com where she keeps a page of milestone goals, numbered 1 through 26. The milestone goals which she has fulfilled are dated. They begin with "Publish A Book", which is dated, and end with "Hire a full-time housekeeper / cook from my earnings as an author", which remains undated. 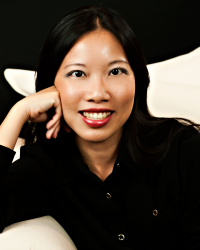 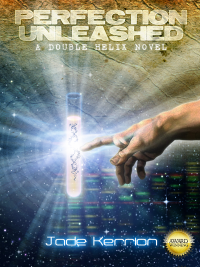