Scully Signal Founder and Son Honored as "Legends of the Industry"

Wilmington, MA -- (ReleaseWire) -- 07/20/2017 --New England Fuel Institute (NEFI) is a nationally recognized organization of independent Oilheat, propane, biofuel, and motor fuel dealers and associated companies. Celebrating its 75th year, NEFI is a prominent voice for the industry before regional and federal policy makers, media, and the public. As part of its annual energy industry EXPO, NEFI "brought back" its longtime tradition—the Legends of Oilheat Dinner ceremony this year. Francis P. Scully and Robert G. Scully were among the honorees for 2017. The father and son team were each granted the "Legend of Oilheat" award posthumously.

The evening's master of ceremonies, Dick Horan, former principal at Hughes Oil and a previous recipient of the Legend of Oilheat award, spoke of the contribution these Scully men made to the oil industry, and remarked that if it weren't for their "brilliant engineering" and innovations they brought to the industry, "we might not be sitting here today." As Horan said, "Distributing petroleum products was a dirty and unsafe business from the early 1900s until World War II. Francis Scully noticed this and determined to do something about it."

With no safety regulations or equipment in place, the potential for overfills was a constant concern and delivery was very inefficient. Francis, an MIT engineering graduate who studied mechanical and civil engineering and hydraulics, patented the Ventalarm Signal®, a whistling device inserted in the vent pipe—the first-ever oil spillage device. In 1936, Scully Signal Company was incorporated. Francis earned dozens of patents for his innovative solutions, including tank gauges, the Unifil™ Tight Fill Connection System, Ball-valve delivery nozzles, and flow control systems, which were designed to work together as a complete delivery system to save time, money, and prevent spills.

With the advent of the electronics revolution in the late 1950s, Francis and other engineers applied the same efficiency and safety concepts to a new Scully patented concept called Dynacheck®, a revolutionary self-checking circuitry design that allowed for the safe and efficient transfer of petroleum and chemical products for vehicle loading, storage, and transport.

Horan spoke about the impact these innovations have made for oil companies and their customers: "All were designed to move liquid products cleanly, safely, and cost effectively. Petroleum could now move from ships, railcars, and pipelines into storage terminals—then out to our trucks and finally into our customers' tanks."

Robert Scully served in the Navy, as did his father, Francis. Following his service in the Signal Corps, Robert graduated from Harvard and then joined Scully Signal under his father's guidance. As Horan noted, he was "a driving force in the innovation and invention that produced a host of new products for many years."

Although he was not an engineer, Robert was like his father in that he possessed great creativity, charisma, and communication skills that were instrumental in educating the industry on the benefits of improving efficiency and safety through technological advances in delivery systems. He educated industry operations experts on the advantages of electronic self-checking spill prevention and loading efficiency systems and was involved in the first field trials converting vehicles from top loading to bottom loading with Standard Oil in New York; this vastly improved the speed and safety of filling tank trucks, railcars, and storage tanks.

Upon his father's death in 1964, Robert became President of Scully Signal Company. In the late 1960s, he built a new engineering and manufacturing facility in Wilmington, MA and expanded the product line to include the first-degree day delivery data systems, and additional electronic products for overfill prevention, static ground proving, vehicle identification, and automatic fuel reorder. Through his visionary approach to product innovation and promotion and extensive global travel, he expanded the company's reach to over 50 countries worldwide. Robert worked with major oil and transportation companies to make Scully and its self-checking overfill prevention systems standard in the industry. It is through his tireless efforts that the loading, transfer, and storage of petroleum products can occur seamlessly without spills and without loss of life.

Scully Signal's Vice President Katrina Ohl, Robert's daughter, accepted the award on behalf of the two Scully icons, noting that her father, who passed away in February this year, would have been "particularly pleased to know that his father was being honored as well."

In her acceptance speech, Ohl also stated, "Our grandfather, father, and uncle were deeply committed to this industry and spoke often about the lasting friendships they had made in the industry. We would like to thank Scully's employees and the many customers who believed in us and have supported us. We intend to continue innovating into the future."

The Scully father and son were known for saying, "It all started with a whistle." From that original tank-fill whistle, the family created a company and products that have become known for consistent high quality and unwavering safety.

For more information on Scully Signal Company and its services and systems, visit www.scully.com. 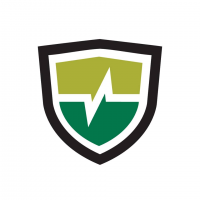 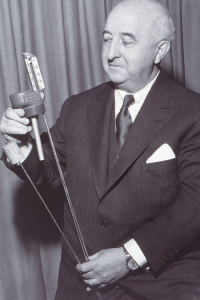 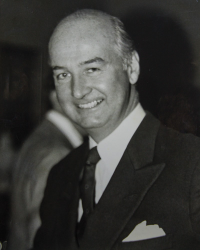 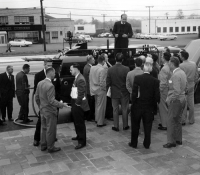