Camp Hill, PA -- (ReleaseWire) -- 10/01/2018 --Poised to make change come election day on November 6th, one Pennsylvania resident has drawn a formidable line in the sand. As an attorney having prosecuted for the York County District Attorney's Office in their Crimes Against Children Unit, the husband and father of two is incensed by the apathy of lawmakers all too uninterested in keeping their constituents safe. With the vigor of a man on a mission, Quinlan calls for greater common-sense gun legislation. First on the list is enacting the Child Access Prevention (CAP) laws which encourage safe storage of firearms by imposing liability on adults who allow children to have unsupervised access to guns. At present, Pennsylvania has no such law. He says it's time to "#Flipthe87th."

Quinlan said of the need for gun legislation reform, "It's no secret that the government does very little about gun violence in general. To be more specific, I'm drawing attention to mass shootings and school shootings. How long can we stand down from this disease that attacks all of us? I say it's time for the Pennsylvania State Legislature to take action to end gun violence through reasonable firearm legislation."

About Sean Quinlan
Sean Quinlan is a candidate for Pennsylvania State Representative. The key issues of his platform are gun legislation reform, education, healthcare, the economy, and the environment. 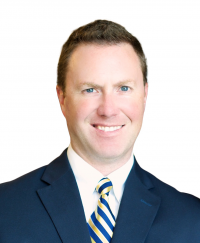