Anyone who is engaging in estate planning in Sonoma County or elsewhere in California should be aware of newly proposed legislation that aims to introduce an estate tax in California.

Santa Rosa, CA -- (ReleaseWire) -- 04/09/2019 --According to a news release from the office of Senator Scott Wiener (D-San Francisco), the proposed legislation is modeled on the federal estate tax but would lower the exemption rate to $3.5 million, which is lower than the federal estate tax exemption. Senator Wiener introduced Senate Bill 378 at the end of March. If the bill is passed, it would result in a special fund designed to improve socioeconomic equality in the state.

The proposed legislation is designed in part to help produce socioeconomic equality in California. The proceeds from the tax would go toward to creation of a special fund known as the Children's Wealth and Opportunity Building Fund. The Fund would provide money to a variety of programs and services for California residents, and particularly low-income children. One of the specific programs would include helping lower income children to develop savings accounts in order to build wealth. In total, those in support of the bill anticipate that it would be able to result in anywhere from $500 million to $1 billion each year.

According to Sonoma County estate planning lawyer Charles D. Stark, "it is important for families in California to pay attention to the ballot measure, given that, if it passes, an estate tax would change the way that many individuals and couples engage in estate planning." 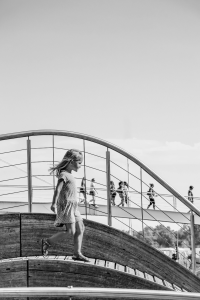