Sennheiser Presents 'The Future of Audio' at SXSW 2017, with Focus on Ambeo, Content Creation

Audio specialist to participate in SXSW Interactive Festival exhibition, in addition to "Designing the Sound of the Future" panel on March 14th

Austin, TX -- (ReleaseWire) -- 03/08/2017 --Audio specialist Sennheiser announced that it will participate in this year's SXSW Interactive Festival as both an exhibitor and a panelist. Between March 12th and March 15th, Sennheiser [Austin Convention Center, Booth 127] invites attendees to experience 'The Future of Audio' through its groundbreaking AMBEO VR audio technology, content creation workshops and headphone listening stations. In addition, the company will participate on a panel "Designing the Sound of the Future" on March 14th between 3:30 p.m. and 4:30 p.m.

During the SXSW Trade Show, which hosts a diverse range of forward-thinking exhibitors, Sennheiser will feature a live digital content recording exhibit featuring its AMBEO VR microphone technology, in addition to showcasing several of its recent headphone and microphone launches from the CES 2017 and NAMM 2017 conventions. These include the company's new acclaimed AMBEO Smart Surround, its MKE 2 Element microphone, its exciting new line of wireless headphones, and many other innovative products.

Don't Miss: Designing the Sound of the Future

Accredited SXSW attendees will have a chance to glimpse 'the future of audio' during a panel featuring Uwe Cremering, Director AMBEO Immersive Audio. Cremering, who co-oversees the company's worldwide 3D audio activities around VR, AR, 3D sound recording, 3D sound mixing and 3D listening, will be joined by Leslie Ann Jones of Skywalker Sound and other experts on the topic. The focus of the panel will be to discuss the increasing need for more advanced approaches to sound design, as well as new installations and developments in AR/VR. The panel is open to badgeholders and will take place on March 14th between 3:30 p.m. and 4:30 p.m. at JW Marriott Salon E., located at 110 East 2nd Street.

"Sennheiser is thrilled to take part in SXSW this year, particularly as VR/AR technologies emerge into the mainstream," said Cremering. "As a company with a rich history of innovation, our company continues to drive new possibilities in audio as VR/AR and other exciting mediums continue to unfold. We look forward to engaging an authentic and passionate audience at the SXSW Interactive Festival." 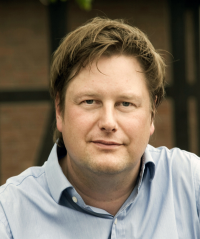