Kyiv, Ukraine -- (ReleaseWire) -- 04/25/2019 --ServReality starts to apply and implement Unreal Engine 3 for the upcoming tasks in order to present new possibilities for the clients and widen the specter of the company service. The event will be observed on the company's site.

Unreal Engine 3 is the new version of the game engine, designed and formed by the Epic Games. Unreal engine 3 suggests the new features for the users and their devices. The Unreal Engine technology in ServReality was released 27, March,2015.

It is the base of platforms mobile, PC and console such as Windows, Adobe Flash Player, HTML 5, Android, iOS, PlayStation, Android.

The initiative is part of ServReality initiative to put the brand-new hi-tech in the software and app development.

The Unreal Engine 3 has the native coding language UnrealScript. This engine contains the new professional features to apply the completely automated shader hardware. UE3 performs the rendering with the high efficiency. There are also provided the updates for the surrounding improvement, deformable object dynamics, big crowd imitation, iPod range of capabilities, Streamworks assimilation, implementation of stereoscopic 3D on Xbox 360 for game enhancement. The high-quality of visual effects, the stable activity of the engine operation and strict detailing of any components are the principal characteristics to attract the clients and to achieve the success in every created project.

After the Game Developers meeting in 2009, the company declares that the UE3 SDK is free for all clients. Tim Sweeney says: "The necessity of all distinct apps are the similar issues. They require photo-authentic graphics, analysis, environments and a powerful instrument to connect them all".

About ServReality
ServReality is an innovative software development company, which is based in Kyiv, Ukraine. It was established in 2013. ServReality created, build, and spread a great number of virtual and augmented reality, mixed reality, artificial intelligence, deep learning, computer vision, chatbot, technology products. One of the goals is to master Unreal Engine 3 for further software generation. 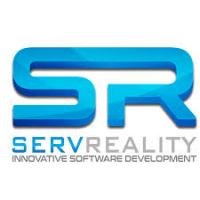