Los Angeles, CA -- (ReleaseWire) -- 02/18/2016 --Private Sales, a nine-episode YouTube Web Series filled with murder, mystery, and love in the world of high end escorts, officially launched this week for widespread viewing. The series follows the main character, Jacob Hunter, through mourning the death of his mysteriously murdered parents while he takes up a job driving for Private Sales, a high-end escort company.

"We wanted to create a thrilling, emotional, and enticing web series illuminating the high end escort industry and the drama behind it," said Taylor King, Co-Creator. "Our series follows Jacob through his discovery of the alluring high end world and the danger that lurks behind every corner."

"Don't miss the opportunity to watch a talented cast in action with the story of Private Sales," said King. "This nine-episode web series will draw you into the mysterious and entertaining lives of complex and realistically written characters. Our cast and crew did a phenomenal job putting together one of the most exciting web series experiences available today."

All Private Sales episodes will be available for free viewing on YouTube and their website. A New Zealand Sons Films production, the series is produced and directed by Taylor and Sean King in the South Bay area of Los Angeles. Viewers can also check out the cast, behind the scenes footage, interviews, and teasers on the Private Sales website, as well as subscribe for notifications and release dates.

To visit their website for more information on the making of the series, visit: http://www.privatesalesescorts.com/index.html. 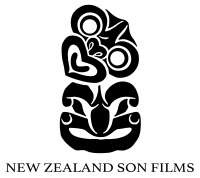