Interest income grew by 33.7% driven by the sustained credit growth achieved by the Bank. Interest expenses increased at a faster pace of 59.5% during the year, thereby compressing margins.

Despite the drop in Margins, the bank posted a 7.9% growth in Net Interest income from Rs. 8,850 Million to Rs. 9,552 Million for the 9 months ended 30th September 2016 as a result of the strong balance sheet growth.

Other operating income comprising net gains from trading, gains on financial instruments, gains on foreign exchange and other income decreased by 8.78% from Rs. 1,230 Million reported in 2015 to 1,122 Million during Q-3 2016 mainly as a result of mark- to-market losses on Government Securities, due to the upward movement in interest rates in Sri Lanka.

Total Expenses recorded a growth of 9.7% from Rs. 6,515 million to Rs. 7,146 million in nine months ended 2016. Expenses growth was fuelled by high proportion of investments being made in technology, continuous development of human resources and product improvements. Cost management initiatives coupled with the implementation of lean concepts across the bank has aided in rationalising key cost lines.

The Bank reported a significant net credit growth of 15.01%, with net advances growing from Rs. 193,104 Million to Rs. 222,083 Million during Q-3 2016. The NPA ratio increased marginally to 5.12% but is expected to improve by year end with strong remedial measures being implemented.

The Bank also continued its CSR initiatives focusing on education and accelerated its libraries project for under privilege schools. During the nine months 24 school libraries were opened taking the overall number of libraries opened under the project to 104. Currently the Bank is also re-equipping the libraries which were opened in 2013 and carrying out improvements to the infrastructure and replenishing books.

The Bank focused its business strategies on improving customer convenience through its branch. As at 30th September 2016, the Bank network comprised 166 Banking Centres, 193 ATMs and 100 Student Saving Centres.

Currently the Bank is in the process of formulating a four year strategic plan which will provide the road map to achieve the bank strategic objectives. The key pillars of this plan are technological transformation through digital solutions, growing its niche market segments and becoming an employer of choice a.o. 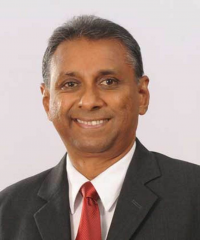