Other operating income comprising net gains from trading, gains on financial instruments, gains on foreign exchange and other income decreased by 42.2% from Rs 2,809 Million in 2014 to Rs 1,624 Million in 2015, mainly due to lesser contributions from Capital Gains on Government Securities, due to the upward movement in interest rates.

During the year under review the Bank also focused considerably on cost containment. This was evident by the containment of growth in expenses of 6.36% from 8,109 million in 2014 to Rs.8,625 million in 2015.

The slow credit growth evident in the first half of the year, was reversed in the latter half with growth momentum picking up in the third and fourth quarters of 2015 and the bank reported a net credit growth of 24.61%, with net advances growing from Rs 154,963 Million in 2014 to Rs 193,104 Million in 2015.

The Bank also continued its CSR initiatives focusing on education and accelerated its 100 libraries project for under privilege schools. 29 more school libraries were opened by the Bank during 2015 taking the overall number of libraries opened under the project to 80.

The Branch refurbishment and relocation too continued in full stream during 2015, with a view to enhance the customer's service experience. 85% of the branch network has been refurbishment over the last 4 years. The Bank opened 2 new branches in Pilimathalawa & Peradeniya during the year. As at 31st December 2015, the Bank network comprised of 159 Branches, 182 ATMs and 95 Student Saving Centres. 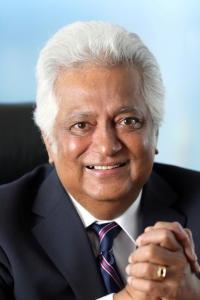