Juliana Sharifah is a renowned makeup artist and beauty expert who has worked with an extensive number of industry professionals, offering high-end beauty training. Juliana Sharifah runs Makeover Workshops in Los Angeles, London, Dubai and Malaysia. She can be contacted directly through her website http://sharifahjuliana.com

Los Angeles, CA -- (ReleaseWire) -- 11/17/2014 --Juliana Sharifah has had a storied career in the world of fashion and beauty, spanning several countries in her pursuit of becoming one of the foremost names in the makeup industry. She is currently working as the Official Beauty Adviser to The Miss Universe Malaysia Organization, something that her unique background and experience has led her to excel at. Juliana’s current clients in the Malaysian pageant community include, Sharifah Sofia (Malaysian Actress), Carey Ng (Miss Malaysia 2013), and Sabrina Beneett (Miss Universe Malaysia), to name but a few.

Juliana Sharifah is the founder of Beverly Hills Lashes and operates from locations in both Los Angeles and Kuala Lumpur in her capacity as a beauty expert on a wide range of fashion campaigns.

Juliana Sharifah was raised in the UK, where her passion for fashion, beauty and glamour was first ignited. With a Malaysian father and Scottish mother, she had cross-cultural exposure at an early age. When combined with her mother's work in the theater, this led her inexorably to develop her deep-seated interest in makeup as an art form. After working in the modeling world in Malaysia, Juliana returned to the UK to train at the prestigious London School of Beauty and Makeup. She later moved to Los Angeles where she attended the Make-Up Designory, going on to become the global trainer for JB lashes. She is also well known for her published material, having being a contributor to The LA Fashion Magazine. Her recognition in the Los Angeles fashion world has been highlighted by the publications she has featured in, which include, Angeleno Magazine, InStyle and C Magazine. Juliana Sharifah maintains an active contribution to the print world as a contributor to various beauty blogs.

About Juliana Sharifah
Juliana has established a reputation as one of the top industry experts, working with clients that include, Guess, Bebe, Princess Marie Chantal of Greece, Carrie Fisher, Florence Welch and Jessica Sutta from the Pussycat Dolls to name but a few. Her current focus is to bring her wealth of experience and talent to fashion campaigns all over the globe, ensuring that the name Juliana Sharifah is a byword for perfection in the industry.

To enquire about the unique services that Sharifah Juliana offers, including lash extension training and makeup workshops in Southern California and Malaysia, she can be contacted through her website. 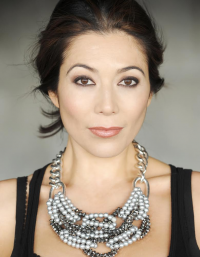