It has Some Sparkling Points

"Over these years, we have been offering high-quality current transformers and voltage transformers, which leads to successful cases in the past. Now we think there is another factor that matters for the product. That is being flexible, which means being able to be used under most conditions. This is the designing concept of the newly launched oil immersed station service voltage transformer and the new product has been adopted by NGCP" said Leo, the marketing manager of Sihu.

The SSVT type voltage transformer is an oil-immersed electromagnetic station service voltage transformer. It's suitable for measurement control and relay protection in outdoor AC power system of nominal voltage 40.5~252kV, and frequency of 50 or 60Hz.

Here are something about its appearance and construction. According to its outlook, it was wounded by pagoda-shaped segments, and a condenser bushing insulated high-voltage leads.

In terms of its construction, the core adopts the cold-rolled silicon steel strip to fold single-column and three pairs of potential which is the same as that of the ground. Also, the high voltage coil uses the sheet paper as the major insulation material because of its features of small oil clearance and large structures.

One of its sparkling points is the prevention of oil leakage on account of the fact that the fuel tank and the lower tank welded together.

Being able to be used under most conditions makes it more appealing.

Besides, the average value of the relative humidity ought not to exceed 95% at 25? measured during a period of a month, the maximum wind speed does not exceed 34m/s, and the earthquake intensity is supposed not to be higher than 8 degrees.

These conditions mentioned above are so common that the SSVT can be flexibly used under most circumstances.

About Sihu
Established in 1988, Sihu, which is located in the mid-west of Guangdong Province, is an official manufacturer of current transformer and voltage transformer. The products it manufactures include 0.72-1000kV current transformers, voltage transformers, combined transformers as well as insulation articles, 0.72-40.5kV dry-type power transformers, reactors, many kinds of trucks for switchgear, metering devices and so on. Some of the products were once served for some significant projects like the Beijing Olympic Games project, Beijing Subway, Beijing Capital airport, Shanghai Pudong airport, Guangzhou Baiyun International Airport, Jiuquan Satellite Launch Centre of China etc. What's more, up to now, its products have been exported to Europe, America, Oceania, Asia and Africa, contributing to the building of the solid business relationship with international partners. In the following days, it will stick to the goal of leading in the industry and catching up the international level, in order to have more and more domestic and foreign business partners. Visit http://www.gdshp.com/ to find out more. 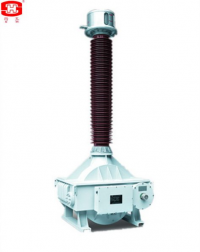