Meanwhile, the festival's new website at makegoodgrow.org unveiled exciting new interactive elements that will allow children and families to decorate their own virtual Christmas trees and to shop for a wide array of holiday items.

All funds raised by the festival will be used to support patients and families at Primary Children's Hospital.

Boyé and Carver are teaming up to co-host the 90-minute broadcast from Vivint Arena at 7 p.m. MT on Dec. 4, which will be live-streamed on makegoodgrow.org and social media, while portions will also air locally on KSL-TV.

The show will feature musical performances, stories of patients and volunteers connected with Primary Children's, and other special guests. It is the first live broadcast show in the 50-year history of the Festival of Trees, which is virtual this year due to the COVID-19 pandemic.

"It's such an honor and delight to co-host this first-ever Festival of Trees live broadcast," said Boyé, a British-American entertainer who resides in Salt Lake City. "Cami and I are so excited by this opportunity to bring some much-needed holiday fun and magic to children and families across the Intermountain West. Be sure to watch because everyone can expect some big surprises during the show!"

Boyé, who was named 2017's "Rising Artist of the Year" in a contest sponsored by Pepsi and Hard Rock Café, has in recent years released a single, "Bend Not Break," that was produced by Randy Jackson of American Idol fame, and appeared in a duet with Marie Osmond on her album, "Music Is Medicine."

In 2014, Boyé recorded the "Africanized Tribal Cover" of the song "Let It Go" from the movie Frozen with the One Voice Children's Choir that helped drive his YouTube views to more than 100 million.

Carver, who also resides in the Salt Lake City area, is a 15-year-old cancer survivor who received chemotherapy and a bone marrow transplant at Primary Children's as a young girl. Today, she is pursuing an acting career and is currently starring in a holiday movie, The Santa Box, which will appear in theatres soon. Carver served as master of ceremonies at the Oct. 22 news conference to announce that the Festival of Trees was going virtual in 2020.

"I can't think of a better way to kick off this holiday season – getting a chance to work with a talented singer like Alex and supporting the incredible work being done every day at Primary Children's," Carver said. "The Festival of Trees show will be fun, entertaining and uplifting. And best of all, it will help to support patients helped by the great doctors, nurses and staff at Primary Children's, who help make miracles happen every day for kids like me."

Along with the co-host announcement, the digital hub for this year's festival – makegoodgrow.org – unveiled interactive elements to help children and families get into the holiday spirit. One is a virtual tree decorator, which allows users to spruce up a bare tree with ornaments, lights, garland and tree toppers. The individually decorated trees can then be framed and downloaded or shared with friends. Kids will also be able to sign up for a "Zoom With Santa" – a virtual visit with Santa Claus himself.

Additionally, makegoodgrow.org opened its virtual shops, where the public can purchase quilts, several delicious flavors of fudge, and other holiday-themed items such as home décor, games, costumes, baby kits, backpacks, sweatshirts and more. The website also will serve as the hub for the festival's silent auction, opening virtually on Dec. 1.

The Festival of Trees, one of the area's most enduring holiday traditions, is produced by Intermountain Foundation. It serves as a fundraiser to benefit children and families from across Utah and the Intermountain West who receive specialized care at Primary Children's Hospital.

Last year's in-person festival attracted about 100,000 people and raised about $2.6 million for the hospital. Festival organizers are encouraging the community to help make this year's unique festival more impactful than ever, despite the challenges created by the pandemic.

"We are thrilled that Alex and Cami are co-hosting our live show, and that our website is now offering kids and families an opportunity to engage with the festival from home and get into the holiday spirit," said Shauna Davis, who chairs the Festival of Trees Volunteer Board and whose family has a long history of support for the event. "We're encouraging everyone to check out the website and take part in this year's festival – and help us to bring joy and love to the children and families who receive care at Intermountain Primary Children's Hospital."

Related images and video can be found at this link: https://securedrop.intermountain.net/securedrop/public.php?service=files&t=b5fac2d8ed06fd4bbed1347755b7b6b8

About Primary Children's Hospital
Primary Children's Hospital is part of Intermountain Healthcare, a not-for-profit system of 24 hospitals, 215 clinics, a Medical Group with 2,500 employed physicians and advanced practice clinicians, a health insurance company called SelectHealth, and other health services in Idaho, Utah, and Nevada. For more than 95 years, Primary's have served over 1 million children living in a 400,000 square-mile service area including Utah, Idaho, Montana, Nevada, Wyoming, and Alaska. Intermountain is widely recognized as a leader in transforming healthcare by using evidence-based best practices to consistently deliver high-quality outcomes and sustainable costs. 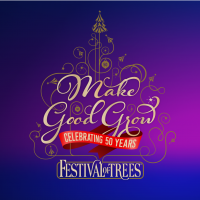 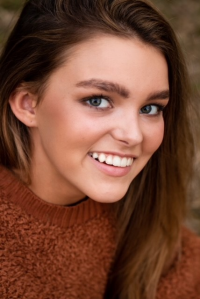