Anouschka’s latest release, Shine, was spawned from her altruistic journey to East Africa, and it’s led to an incredible musical “Hey Day.” “At the same level of Norah Jones and Shania Twain and Ms. Joan Osbourne." - Dietrich Gastrock | Home of Rock

Berlin, Germany -- (ReleaseWire) -- 02/23/2015 --Award-winning Swedish-American singer/songwriter Anouschka traveled all the way to Kenya, in East Africa, to dig for gold. However, it's not the kind of precious metal of which you're thinking. She set out to unearth the local pop trends and meld them with Western music. Together with Kenyan hit gospel producer Teddy B, what she uncovered was a true treasure. The result of her journey glimmers in her latest release, Shine. With eight tracks, Shine refracts an eclectic brilliance with hook-laden offerings such as, "Hey Day," "Shine," and "Engine."

"My goal on Shine was twofold, to create an authenticity of sound, and also to bridge current East African pop with Western songwriting – all for a global audience," explains Anouschka. To produce the album in a remote village meant using what equipment was available in the scantily- constructed recording studio - all with little resources. Electricity was sparse as goats passed by the window as she recorded the tracks. However, the spiritual connection she made with her music spawned a soul-filled sound that modern studios simply can't create.

There was also an altruistic reason for Anouschka's visit to Kenya. Her Mother founded Milele Children, a scholarship foundation that works closely with a local orphanage. Anouschka elaborates, "I was amazed as the children gathered to hear me sing and listen to songs on my car stereo - a luxury to them. These experiences became intrinsically embedded into this album." Anouschka took a crash course in Swahili so she could compose and sing with the children in their language. In doing so, the relationship she built bridged the two cultures. As word spread, Anouschka was on TV and radio stations daily for interviews and radio play. "Shine" and "Dream (Ndoto)" were the favorites of the children and many Kenyans for their positive message of hope.

There are several key tracks on Shine, which include "Engine" and "Hey Day." "Engine" blends East African undertones with modern country music. Partially written in Nashville, Anouschka completed the composition and recorded it while in Kenya. Anouschka does a stylistic flip with an addictive, reggae-based tune, "Hey Day" – a song that Western fans call "the catchiest on the album." Another interesting track "Dying to be Free," was written at the request of South African wildlife preservationist and author, Gareth Patterson. The lyrical message of this heart-tugging composition, stands as a haunting epiphany for listeners, increasing awareness of canned hunting of the African Lion.

In Shine, Anouschka proves music is truly universal, and the album completes what she calls a "spiritual journey" - from Berlin to Nashville and to Nairobi and back. With its Americana elements and East African flavor, Shine shows why critics hail her as "the master of versatility." Over the years, Anouschka has traveled to cities like Nashville and L.A. – all the places that artists go to "make it in the industry." In the end, all she had to do was turn on her "Engine" and trek to a tiny village in East Africa. It was there that she learned to "Shine" and discover her musical "Hey Day."

Anouschka's Shine is now available on all major digital retail outlets, including iTunes.

About Anouschka
Anouschka is an Award-winning Swedish-American singer/songwriter who has fans all around the world. Her new music Shine, is now available on iTunes. 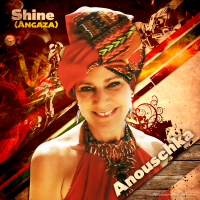 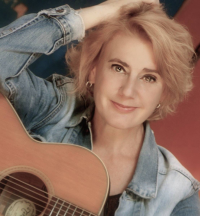