Creating some breathing room for overwhelmed single dads a new site gives support for weekend warriors or full-timers. Just in time for Father’s Day the site launches to give dads a resource for effectively raising kids on their own. It offers sage advice, motivation, and influence that sends courts a message.

Columbus, OH -- (ReleaseWire) -- 06/16/2015 --Offering help with everything from fresh laundry to court battles, a site stands up on Father's Day to shed new light on single fatherhood. SoloDaddyO.com, created by single father Russ Abrams, is a digital man cave that talks about things typically dominated by females. Why? It gives men their marching orders on their trek to becoming super single daddy's. Sadly now more than ever before these single dads have to argue their rights in the courts to show their ability handle joint custody. To that end SoloDaddyO.com provides men with a space to hone their potty training skills, gauge the perils of divorce, and navigate through the deep end of the dating pool.

According to the Pew Research Center this Father's Day more than 2.6 million households will celebrate the holiday in a home headed by a single father. On the other side of the coin, too many courts create custody agreements whereby 36% of fathers spend less than 10 days with their children a month.  Abrams said of the trend, "State laws, child enforcement agencies, and even judges create rules and make rulings based out of an outdated perception rather than fact.  They think single dads aren't qualified to take care of their children. That's why SoloDaddyO is on a mission as an online community to try to change the perception of the male single parent. Single dads need a voice and we're going to give them that."

SoloDaddyO is written by and for single dads. On the site they give advice on how to raise kids from toddler to teenager. All while navigating the court system and dealing with an ex or soon-to-be ex.  The site has tapped into a micro-niche of fathers that have to deal with things a bit different than their married counterparts.

Abrams adds, "Let's be honest. Many single dads start out not having a clue about kids. Sure, a lot comes naturally. It's simple behavior that guides us to be providers, to love unconditionally. But what happens when the little person you have that unconditional love for gets a fever? Or wants to do something fun on the weekend? What happens when you want to start dating? That's when you might need a little help. That's when you might need this site."

Abrams goes on to say that SoloDaddyO.com points to changes and decisions in his own lifestyle. He happily shares all the tips, tricks and techniques he's learned and practiced to become an amazing single father. All this while holding down a career and social life. He says, "I've found out that even when you think you're starting at a pretty big deficit, be it emotional or financial, you can have it all. And it starts by being the coolest dad ever. Every second counts. I went through such a horrible divorce with constant threats that I would never see my son again. It changed my perspective; I decided to make every moment with him special, never knowing if it would be my last.  With little finances I had to find free or low cost alternatives to have fun with my son and that's what I share on the site. The learning activities I post are fun and at the end of the day, we both learn something together."

SoloDaddyO emphasizes fun ideas and activities as well as places, like local parks and community festivals and events.  The site for single fathers shares how to handle milestones differently and how to discipline effectively between two homes. It also tackles very practical things like how to teach children to ride a bike.

One contributing solo dad says of his child going to a private school he would never have considered before his divorce. "I was really beside myself because it was decided for me that my child would go to a second religious school at night and on weekends. To me that only meant less time with my child. They're already shuffled back and forth between two homes they didn't need two schools, too. SoloDaddyO gave me the support I needed to navigate through this change with as much heart as possible."

About SoloDaddyO
SoloDaddyO is a website dedicated to fathers riding the rollercoaster that is single parenthood. Designed to speak to the "ones who left or were left" the site says dads don't have to go it alone.  With that in mind, SoloDaddyO is a network for single dads offering insightful stories, hints and tips about raising good kids.  It's also a well-spring of shared knowledge about getting through a bad divorce while still being a fun dad. The site is dedicated to help fathers always do parenting a little bit better. 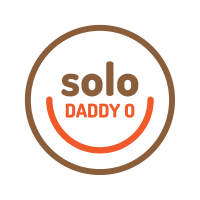 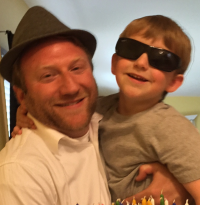