Ida LaFontaine to crack the US pop music scene with her brand new single, YOLO

The single - which was written by Grammy winner Jörgen Elofssons team, Lauren Dyson and Jesper Jacobsson - has been recorded and distributed by Felini Music. Pop music fans can listen to Ida’s brand new single on Spotify - https://play.spotify.com/album/2uTI8tnjsU7ceP6nDKcfN6.

“I am really pleased with YOLO as it’s such a fun pop song that I feel adds ‘pop’ back into pop music,” said Ida LaFontaine. “ YOLO is different from my first single Dancing 4 My Life that was distributed by Warner Music , but that song certainly set the mold for my new single. The single wouldn’t have been possible without the amazing talents of Lauren Dyson and Jesper Jacobsson, who wrote YOLO. Jörgen Elofssons has also been a shining light and I would like to thank him for sharing and mentoring me with a great start with his Dancing 4 My Life. I have to say a really big ‘thank you’ to all my fans in Sweden and to my new fans in the United States and UK. I hope to see them soon!”

Ida LaFontaine has been making waves in her home country Sweden and has made a big impact on international pop phenomenon One Direction, as seen in the video on her YouTube channel, which has over 3.5 million views.

The video of One Direction listening to Ida’s track went viral, causing a big stir worldwide. Ida’s cover of Olly Murs song, Dear Darlin’, has become an instant hit too. Check it out here.

Ida is working on an EP together with the best writers in the world right now and it will be released this spring, which will include four new pop songs. With her new EP, Ida Lafontaine plans on becoming a household name in the US pop culture scene. 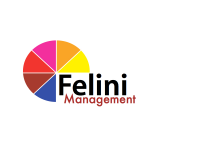