Guangzhou, Guangdong -- (ReleaseWire) -- 08/05/2018 --SOMIC has launched a new Stincoo Series product - Commander G936 gaming headset. The Commander G936 is on the market in mid-April in Amazon, with its official price $99.99. Since the Playerunknown's Battlegrounds becomes more and more popular, many players are getting into this game. For those high-end players, their demand for external equipment is also increased. With 7.1 surround sound and 50mm speaker unit, Commander G936 will keep players company and meet all the requirements! A new and special journey for PUBG, the key to win!

After exposed, the Commander G936 gaming headset raised heated discussions among players. There are four different professional sound modes designed for different occasions, which are the PUBG mode, LOL mode, CF mode, and movie mode. The player can switch the mode via control button. Using the corresponding mode in a game, one can enjoy the unique sound effects and bring the players real experience on the scene.

In addition, the headset adopts ENC dual microphone denoise tech, which means that the two microphones can locate the speaker's position and substantially reduce the noise by more than 35db. In real-time game especially team fight, the players can talk to their friend clearly with no noise interference.

In the shooting game, whether the players can identify the enemy's position is very important. With virtual 7.1 surround sound, 96khz/24bit audio transmission, and 50mm speaker unit, players can distinguish the enemy's direction by voice and take the initiative in battle. Meanwhile, the headset can re-present the original sound of the game to bring the players the unprecedented excitement.

In appearance design, the zero-pressure and adjustable headband, as well as big size ear cushion, manifest its characteristic of high quality and lightweight. The firm iron wire for connecting the headband and earlap also contribute to the overall fashion e-sports style. Commander G936 gaming headset is also available in SOMIC Jingdong and Tmall store. In the early May, G936 arrives in Amazon FBA storehouse. About SOMIC Established in 1999, SOMIC Technology Co., Ltd. is a modern and professional company who specialized in high tech headphone products. For now, it has become a well-known brand in audiovisuals and computer peripheral products in China, which has taken the first place in terms of market share for 12 consecutive years in the industry. In addition, the company has been actively developing international market and has set up more than 50 agencies in Eastern Europe, Middle South Asia, and America. The group is awarded ISO9001 (2008) certification, CE certification, GS certification and FCC's international security certification etc. The production bases, SOMIC, is located in Dongguan of Guangdong Province. It equips with complete auxiliary facilities, automatic testing & analysis system and other advanced production equipment. With perfect quality inspection system, SOMIC guarantees its quantity and quality at the same time. 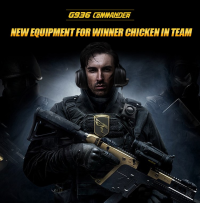 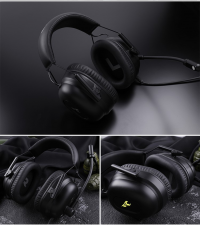