SouthernCozy makes southern charm the focus of their brand with a comfortable pillow donning suspenders. To raise awareness, the company brings attention to the wealth of history found in the southern states by way of a family patriarch.

Epworth, GA -- (ReleaseWire) -- 06/16/2015 --So what does a Confederate cadet, a Georgia House of Representatives seat holder and a pillow all have in common? Believe it or not, it's suspenders. Taking a cue from her great-great grandfather Catherine Steiner Branch, founder & CEO of SouthernCozy, has launched The Original Georgia Suspender Pillow. Her fond memories of Melville Irby Branch, soldier and 1800s Georgia senate member, have fixed it so the lovers of all things homespun can enjoy a decorative pillow with panache.

Taking her branding to a whole new level of familial homage Branch believes in the benefits of honoring U.S. history. Such was the case when she recently spoke about her great grandfather fondly, "I have photos of him riding his walking horse stallion on his farm. He was a commanding yet fun-loving fellow and I always associate suspenders with him. He was never without a pair."

Indeed Melville was one to be remembered. He was a soldier, an inventor, a statesmen and a loving husband who passed away in 1930 just before Christmas. His passing was eighteen days after his devoted wife. Among the many soldiers who defended Richmond in the Civil War, Melville served as a Confederate Virginia Military Institute cadet. A decade later he and his wife Susan Wilhelmina moved to Berzelia, Georgia where his creativity took on new meaning. Much like his great granddaughter he was an entrepreneur at heart. He had a successful cotton gin, a railroad station, and created a melon variety that could withstand long-distance shipping without spoilage. The 1800s' Branch Rattlesnake Watermelon was quite a product in its time.

Dressed in dapper plantation attire, complete with bow tie and starched white shirt, the handsome elder statesman took time from his farm to serve his country twice. Impressively, he was a minority leader of the Georgia House of Representatives. There is no doubt that standing before the house, his iconic suspenders braced his attire. And now, they brace his granddaughter's flagship product for SouthernCozy.

Made of 100% cotton canvas The Original Georgia Suspender Pillow retails for $65. The pillow's suspenders come in four prints; they are Blue and White Seersucker, Deep Madras, Light Madras, and Red with White Stripe. Proud that the pillows are almost entirely crafted in Georgia, Branch is pleased to give her company's support to products made in the USA.

Steiner Branch adds, "My grandfather Melville would be proud of what we're doing to support America's workers and the American way of life. Our hearts are devoted to the southern way. We think it shows in the charm and the history behind The Original Georgia Suspender Pillow. It can't be said often enough, southern craftsmanship is something to be cherished regardless of the generation that creates it."

About SouthernCozy LLC
SouthernCozy LLC is a company based in Georgia that provides the marketplace with designer pillows steeped in hometown flair. Based in Americana, the company's designs are a throwback to simpler times when home, hearth and family were the centerpiece of daily life. SouthernCozy LLC recently announced the launch of their flagship product The Original Georgia Suspender Pillow. 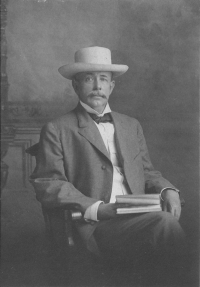 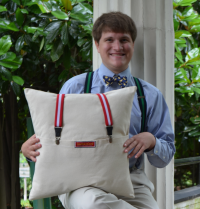