Sovereignty: The Battle for the Hearts and Minds of Men Provides Guidance and Direction for a Man to Reclaim His Own Sovereignty

Sovereignty by author Ryan Michler provides the guidance, tools, and direction for men to invest in themselves and become who they were meant to be.

Hurricane, UT -- (ReleaseWire) -- 01/30/2018 --Is it any wonder that men, in general, seem to have lost their way? You don't have to look very far to recognize that men don't seem to possess the same amount of vigor and purpose they once did. Take one sobering statistic—the rate of suicide in men—and you begin to see how damaging the effects of the voluntary subjugation of men to their families, their businesses, and their governments can be.

Inside the pages of Sovereignty: The Battle for the Hearts and Minds of Men, Ryan Michler uncovers the battle each man will inevitably engage in, the external forces fighting against the call to masculinity, and the internal struggle all men must overcome.

"There are those who speak only of what they have heard. Then there are those who speak of what they have earned in dark nights of the soul and sacrifices too numerous to name. Ryan Michler is in this latter category. He teaches us to reclaim what we have lost and he does so as one who has battled himself to win himself again. I need him in my life and so do you." ~ Stephen Mansfield, PhD - New York Times Bestselling Author

But make no mistake, this revolution is not a call for men to go their own way and rally against society. It's a call for men to become fully the men they are meant to be so they may more adequately take care of themselves and those they are responsible for. Men have always been expected to protect, provide, and preside over themselves, their families, their businesses, and their communities. By embodying the thirteen Sovereign Virtues detailed inside this book, every man will be more capable of fulfilling his masculine duties and responsibilities.

"You are 100% in charge of your life and the sooner you realize that, the sooner you'll get what you want. Ryan Michler is a man who not only understands this but applies the principles of sovereignty in his own life." ~ Andy Frisella, Founder of 1st Phorm and the MFCEO

Ryan Michler is a husband, father, Iraq combat veteran, and the founder of Order of Man and the Iron Council.

Ryan grew up without a permanent father figure and it has now become his life's mission to help men across the planet step more fully into their roles as protectors, providers, and presiders over themselves, their families, their businesses, and their communities.

You can find him blogging and podcasting at www.OrderOfMan.com, where he is working to help men become all they were meant to be. 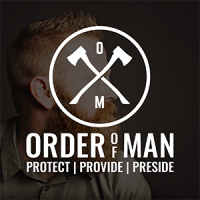 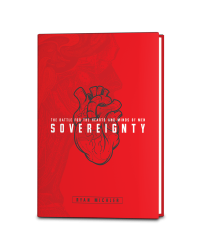