Speech pathologists, also called speech therapists, can be helpful for people with Parkinson's (PD) who experience speech difficulties. They also can help with swallowing issues.

Speech-Language Pathologist William "Bill" Damelio, M.S., CCC-SLP, holds an advanced certification from the Lee Silverman Voice Treatment (LSVT LOUD) program, a one-on-one behavioral treatment that is customized to the unique communication goals of each individual. He also is certified A voice therapy program called SPEAK OUT!, developed by the Parkinson Voice Project, can help Parkinson's disease patients regain their ability to communicate, according to a new studies. The primary goals of SPEAK OUT! are to strengthen the muscles used for speaking and swallowing and to teach patients how to speak with intent. Emphasis is on speaking with intent! (like you really mean it!)

Speech deficits are often characterized by reduced loudness, breathy voice, monotone pitch, voice tremor, intermittent rapid rushes of speech, and imprecise production of consonants, which significantly impacts a patient's ability to communicate. "People with Parkinson's can make such good progress in a short amount of time" with the right therapy, Damelio said. "I hate for them not to have access to this therapy that could really make a difference in their lives." He has patients put effort into their words without shouting. This is what he calls speaking with intent, using pathways in the brain that are less reliant on dopamine.

"We need to be in control of our voices," he encourages his patient. Parkinson's patients, especially those who received the training in early stages of the disease, saw improvements in speech intensity, pitch range, speech intelligibility, and vocal quality after SPEAK OUT! or LSVT LOUD therapy.

The conscious effort Damelio stresses as a foundation of speech maintenance can also save lives. Speech, eating and breathing rely on the same muscles, all of which are impacted by Parkinson's. He says the majority of deaths in Parkinson's patients are caused by aspiration pneumonia, a lung infection that develops after breathing in food, saliva or stomach acid instead of swallowing. According to the National Institutes of Health, difficulty swallowing is the primary cause of aspiration pneumonia, the leading cause of death for Parkinson's patients.

"Communication seems to be the main concern of Parkinson's disease patients and their families," Damelio said. Speech therapy improves communication by helping patients speak with a voice and volume that is easy for others to hear and understand," he explained. "Treatments are customized to each person's specific needs and goals, regardless of their stage or severity of condition."

"What I'm trying to help people do is communicate, talk, socialize and help them continue eating and drinking without having difficulty," Damelio said. "If you start to lose one of those things from your social life, you'll start to feel isolated." "It's given them a voice again," he said, and that is "a wonderful gift."

For more information or to schedule an appointment, please call (914)-563-9343 or
email careplusspeech@gmail.com

William "Bill" Damelio M.S., CCC-SLP is licensed in the state of Florida as a speech and language pathologist and is a LSVT LOUD and SPEAK OUT! certified clinician. He holds a master's degree from Nova Southeastern University and holds the American Speech-Language-Hearing Association's (ASHA) Certificate of Clinical Competence (CCC). William specializes in the evaluation and treatment of complex neurological cases, involving speech, voice, language, cognitive-communication, and swallowing disorders. William also volunteers and lectures at various Parkinson's disease support groups and events. William works closely with Parkinson's specialists in other skilled disciplines such as physical and occupational therapists that have extensive experience working with patients with Parkinson's Disease and their families or caregivers. 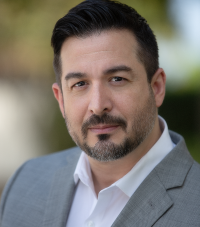