As Spiral Scout celebrates its eighth year as a leading digital agency in San Francisco, its founders reflect on the intriguing turn of events that brought them together.

San Francisco, CA -- (ReleaseWire) -- 10/17/2018 --Spiral Scout has spent the past eight years partnering with clients in the San Francisco Bay Area and around the US to provide web and mobile app development services as well as search engine promotion services. Unlike typical digital agencies started by software developers, however, Spiral Scout's origin story involves the unique collaboration of a former stock trader and a benevolent hacker from two completely different places in the world.

Spiral Scout's CEO, John Griffin, got bit by the entrepreneurial bug back in 2007 and left his job as a stock trader on Wall St. to start his own company, Cutcaster— a digital content marketplace that allowed its users to trade digital content like someone could on a stock market. Griffin spent two years learning the ins and outs of digital content management systems and the technologies that support them as well as building two-sided marketplaces to sell content online. Happy with how things were going at Cutcaster, Griffin was surprised one day when he got an email stating that the company's website had been hacked, and rather easily.

The email was sent by none other than the friendly software hacker himself, a Belarusian programmer named Anton "JD" Tsitou, who would later go on to join Griffin in founding Spiral Scout as its CTO. When Tsitou reached out to Griffin initially, he was working at a competitor of Cutcaster doing research on new Cutcaster's features and he had noticed some flaws in Cutcaster's security. Tsitou kindly offered to help Griffin fix the website's vulnerabilities and re-build Cutcaster laying the foundation for a lifelong partnership.

In 2010, after a new startup approached Griffin and Tsitou to create a carbon-copy of Cutcaster for their eLearning content, they realized that a software development business was starting to bloom. Spiral Scout was born and eight years later, it has grown into a leading digital software agency that boasts an impressive roster of over 60 happy customers including Benchmark Education, Consensus, Inturn and eLearning Brothers with a portfolio of over 200 successfully completed projects.

Griffin attributes the company's success to the skills of Spiral Scout's stellar engineering team and the unique encounter that brought him and Tsitou together in the first place saying, "Spiral Scout is successful because our core values represent that first hack. We are responsive and honest, we get to the point quickly (the good, the bad and the ugly), we trust each other, and we have just the right amount of fun."

About Spiral Scout
Spiral Scout is a full-service digital agency based in San Francisco. The company offers web development, web design, mobile app development and search engine marketing services. Its clients cover a variety of industries including eCommerce, enterprise, ed-tech, travel and tourism booking, e-learning and many others. The company's special focus lies in the domains of digital asset management systems, eCommerce websites, and enterprise solutions. 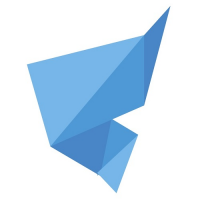