"Our 2013 experiences in Colorado, Kentucky, North Carolina, West Virginia Louisiana and Tennessee have led to our decision to go into areas where we have the opportunity to help the most,” said Bart Daniel, Landmark Earth Solutions President.

Just this week, the National Weather Service warned of an increased threat of spring flooding in Vermont and upstate New York due to the continued cold temperatures that have kept the deep snow from melting. The trend for heavy spring rains and warm weather that will melt the snow across the nation is also a concern by officials.

"The snowpack in many areas has been above average and ice has formed in many rivers and lakes — the Great Lakes reached a near-record level of ice cover on March 6, when 92.2 percent of the water surface was frozen over," according to a Climate Central news report.

"As temperatures warm with the onset of spring, that snow will melt and could cause flooding in parts of southern Wisconsin, southern Michigan and portions of Illinois, Indiana, and Iowa, according to the National Oceanic and Atmospheric Administration on Thursday, as well as parts of North and South Dakota. More broadly, the northern tier of the country from Idaho to Missouri to Maine, as well as the Southeast, are at a minor risk of flooding, said NOAA.

During 2013 the company was saving lives and property in Colorado near the Waldo Canyon Colorado burn area.

“We were able to save homes, businesses and community facilities,” said Daniel.

“According to our customers, the flood prevention systems we installed have been very effective,” Daniel said. “Our trapezoid design resonates with people and they are pleased with the performance.”

“It was really a proud moment for us when we saved the Alpine Autism Center in Colorado Springs,” he said. “The center was in the direct path of water flowing from the Waldo Canyon burn scar.”

The system to be used in coastal regions by Landmark is rapidly deployable and a patented alternative to sandbags for flood control and de-watering applications. “Our new RIBSCage will be available in 2014,” Daniel said.

"In a big storm, water still comes down or up but the system blocks the water and sediment," Daniel said.

"It definitely helped with our fears of being flooded and they did a great job," said Tana Rice, Operations Manager, Alpine Autism Center.

Unlike sandbags, the Rapidly Installation Barrier System (RIBS) are filled with native materials, sand and decomposed granite. "You don't have to haul in fill material," said Anne Mallett of Mallett Excavating, the company that did the Colorado installation.

“We know that folks probably aren’t thinking about the risks coming now that it is early spring, but really, based on our experience, now is the best time to plan and get ready for the potential destructive combination from melting snow, abundant rain and flash floods,” Daniel said.

To add to Daniel’s point, the trend for more bad weather is on the horizon, according to the National Weather Service Climate Prediction Center. 2014 remains an elevated “precipitation outlook” which translates into the potential for additional coastal and low-lying area destruction, according to the NWSCPC.

New states planned for expansion: Alabama, Florida, Mississippi, South Carolina and Texas. “We will continue to expand in Louisiana, North Carolina and Tennessee,” Daniel said. “We have hired a public relations and marketing firm to assist with building awareness of our products and services in this important region of our nation,” Daniel said.

In addition, US coastal cities remain in danger as sea levels rise faster than expected, according to research conducted by the United Nations’ Intergovernmental Panel on Climate Change.

“The faster sea-level rise means the authorities will have to take even more ambitious measures to protect low-lying population centers or risk exposing millions more people to a destructive combination of storm surges on top of sea-level rise,” scientists said.

Not all floods are alike, according to emergency management officials. And with the damaging currents of water, floods can carry rocks, mud and debris. “For these reasons, the best defense against flooding is one that can be executed quickly,” said Daniel.

Every year, homes and businesses are destroyed by rising floodwaters.

"By continuing to expand in the coastal market, we're showing our commitment to provide a performance tested product to those who need it the most," said Daniel.

Daniel has more than 60 miles of inventory, a multi-million dollar commitment, available for 2014 to use near coastlines where rising water levels from wind-driven waves and storm surges can occur. “Our systems provide unbeatable protection for property and roads,” he said.

In Colorado, flooding has become one of the top natural hazards due to fires the previous two years in El Paso and Teller County. The El Paso County Assessor's Office estimated $2 million dollars in damages as a result of an August 2013 assessment.

Colorado governor John Hickenlooper said on a tour of Manitou Springs, a community that was hit hard by the floods, “I can’t guarantee what’s going to happen two weeks from now.”

Evaluated at the U.S. Army Engineer Research and Development Center in Vicksburg, Mississippi, RIBS is a rapidly deployed, patented alternative to sandbags for flood control and de-watering applications.

With installation rates up to 30 times faster than standard barriers, RIBS™ trapezoidal design resists water flow while providing a stable barricade against severe weather events and the threat of encroaching waters.

Woven, reinforced polypropylene fabric bags 2, 4 and 6 feet in height are loaded with sand, dirt or gravel with a special trailer that deploys bags as other bags are added and filled.

RIBS can be used instead of sandbags in flood control, to restrict water flow and erosion on beaches and riverbeds, and for containment measures on construction and mining sites.

RIBSCage is a portable, easy-to-use system for the filling and installation of RIBS Bags. RIBSCage units can be transported with a standard pickup truck, so they require no heavy machinery.

--Lightweight design requires only two (2) people to carry and set up.

--Each RIBSCage is comprised of only two pieces for easy assembly, removal, and storage.Pre-packed Emergency Kits are available in 3', 4', and 6' heights.

Emergency Kits come pre-packed with assembly/use instructions, two (2) RIBSCage units, and 500 linear feet (LF) or 200 LF of RIBS Bags. Each kit is wrapped in a protective sleeve, so it can be stored until time of use. 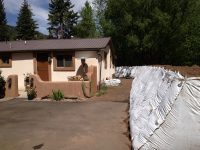 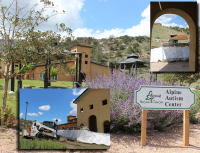 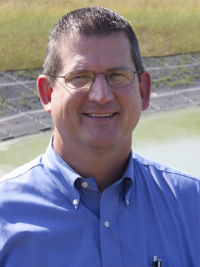