Archaeologist reports Stalinist purges in Armenia during the 1930s prevented the rediscovery of Noah’s Ark in the southern gorge of greater Mount Ararat.

Istanbul, Turkey -- (ReleaseWire) -- 12/08/2020 --Harvard University educated archaeologist, former maritime executive, Chairperson and Senior Lecturer of the Archaeology and Cultural Heritage Department at the National University of Samoa, and president of PRC, Inc., Joel Klenck, reports that Stalinist purges in Armenia during the 1930s delayed the knowledge of Noah's Ark on greater Mount Ararat in the Republic of Turkey.

Klenck met with the heirs of Armenian guides that led foreigners to Noah's Ark in the late nineteenth century and the descendants of Armenian interrogators that worked for the Soviet state during the 1930s. These descendants provide a perspective on why Noah's Ark was concealed and the impetus for the Ark's rediscovery.

In the late 1800s, the Armenian Apostolic Church collected monies from notable Armenians and trusted foreigners, mostly from Tsarist Russia and the United States, for visits to Noah's Ark. The office of the Catholicos received the monies in Armenia and directed Armenian priests to travel with Ark visitors until they reached greater Mount Ararat. The priests then transferred visitors to Armenian guides that lived in villages at the base of Ararat. The guides would lead visitors up Mount Ararat to Noah's Ark, specifically to small enclosures at the entrances of the Ark. Here, foreigners would be able to see the interior of the Ark and worship God without damaging the artifacts or features within the vessel.

As tensions grew between the Armenian independence forces and Ottoman Turks, the Catholicos Mrktich Khrimian in 1907 ordered Armenian guides to remove artifacts from the Ark, cover the entrances to the vessel, and transport the artifacts to what is now the Republic of Georgia.

The conflict escalated between Ottoman Turks and Armenians, which culminated in the deportation of Armenians from Turkey from 1914 to 1915 and the Turkish War of Independence from 1919 to 1923. Armenian groups familiar with the Ark became divided into two Soviet republics: the guides in Georgia and the Catholicos and priests in Armenia.

The archaeologist states, "Three Soviet leaders would ensure the Ark remained a secret. First, the future director of the NKVD, Lavrentiy Beria was responsible for infiltrating and destroying Turkish intelligence networks. Here, Beria learned that Turks were attempting to ascertain how Armenians acquired monies from Noah's Ark and the location of the vessel on Mount Ararat. Second, Nicholai Yezhov, the first head of the NKVD oversaw the formation of the troika or small group responsible for initiating purges in Armenia for anti-Soviet activities. Finally, Joseph Stalin, the General Secretary of the Soviet Union became directly involved in the Armenian Noah's Ark dilemma.

The interrogations began in 1930 in a routine but vicious manner investigating Armenians having associations with foreign countries. Under torture, Armenians that worked with the offices of the Catholicos revealed that significant monies from foreigners had been delivered to the Catholicos in exchange for visits to Noah's Ark on Mount Ararat and that these funds were used to support Armenian independence initiatives. These workers then implicated Armenian priests, the Catholicos, and the first Armenian professor of archaeology, who was familiar with the Ark."

Klenck notes, "For Soviet leadership, Noah's Ark was a menace. First, Noah's ark was a direct threat to Marxist-Leninist theory. In the Marxist dialectic, societies emerged from simple communal groups and developed into tribal, feudal, capitalist, and then communist states based on conflicts over food or other materials. Noah's Ark directly conflicted with Marxist-Leninist theory as the Ark showed that societies began with Noah and his family in a technologically complex maritime vessel. Noah and his descendants then spawned a range of cultures from simple communal organizations to complex city-states.

Second, Noah's Ark verified accounts in the Bible and Quran and religious beliefs in Judaism, Christianity, and Islam. Noah's Ark directly supported Genesis, Chapters 5 through 10, the earliest chapters in the Bible and many Quranic verses. These religious tenets conflicted with atheistic Marxist-Leninist views that religious beliefs were false, a foundation of the secular Soviet state.

Third, Noah's Ark supported Armenian exceptionalism and nationalism. The fact that Noah's ark was on Mount Ararat confirmed that Armenians had protected one of the most sacred religious objects in history for thousands of years. At that time, Stalin, Yezhov, and Beria were opposed to nationalism and believed that the Soviet system was superior to autonomist identities in Georgia, Armenia, and Azerbaijan. Instead, the trio were focused on continuing a united Transcaucasian region. As such, Noah's Ark was a direct threat to Soviet efforts to void nationalist identities in the Caucasus.

Fourth, and most importantly for Stalin, Noah's Ark presented a regional threat if the Republic of Turkey discovered the location of the Ark. In 1919, the Polish-Soviet War began when the Poles invaded the Ukraine. Lenin assigned Stalin to the Ukraine as a commander. After retaking Kiev, the Soviet Central Committee led by Lenin decided to advance Soviet forces into Poland. Here, Polish forces defeated Soviet armies in 1920. This defeat hurt Stalin's reputation. In the meantime, the military forces of the newly independent Republic of Turkey, led by Mustafa Kemal Ataturk, defeated the Armenians in 1920 and Greek forces in 1921. Before this, Ataturk defeated British, Australian, and New Zealand forces in the Dardanelles campaign during World War I. While Stalin's reputation rebounded and Stalin was appointed General Secretary in 1922, Ataturk became the President of the Republic of Turkey in 1923. Stalin feared that Noah's Ark would energize the innovative Republic led by the capable military leader, Ataturk, and make Turkey a pilgrimage center for three world religions. With Noah's Ark, Ataturk would be able to bolster Turkey's economy and military at the borders of Soviet Georgia and Armenia. Further, as Noah and the Ark was prominent in the Quran, Stalin feared the Ark would enflame Muslim populations with religious zeal and threaten both Marxist-Leninist beliefs and Soviet borders in the Transcaucasian region.

Klenck remarks: "To stop the threat of Noah's Ark, Soviet interrogators killed hundreds of Armenian lay persons, 91 Armenian priests, strangled to death Catholicos Khoren I Mouradbekian, and executed Ashkharbek Kalantar, the founder of the chair of archaeology and oriental studies at Yerevan State University. The location of the Ark was never published because the vessel was considered the most important Armenian cultural treasure. The Soviet troika was thorough, methodical and executed anyone who was named during the interrogations or knew anything about the actual Ark. Also, Soviet investigators confiscated or destroyed all manuscripts about the Ark.

The interrogation documents were eventually kept by Beria after Yezhov was executed. It is crucial that researchers go through Soviet archives, especially those dated from 1930 through 1938, regarding the interrogation documents from Armenia. Noah's Ark will not be referred to as the Ark but as a box (korobka) or container (sasud). In the years that followed, the Armenian interrogators were transferred to different oblasts or were themselves liquidated by the Soviet state."

The archaeologist concludes, "Despite Soviet purges to suppress the location of Noah's Ark, the interrogations could not extinguish the information. First, Ottoman Turkish forces in eastern Anatolia deported many of the priests that linked the Catholicos and priests in Armenia to the former guides to Noah's Ark living in Georgia. Second, Turkish and Soviet forces overlooked key Armenian women during the Ark investigations. Some of the daughters of Armenian guides, still in eastern Turkey, married Kurdish men and escaped Turkish deportations during World War I, from 1914 to 1916, and the Turkish War of Independence from 1919 to 1923. Meanwhile, the daughters of the Armenian guides in Soviet Georgia married into Georgian families and inherited the Ark artifacts. The archaeological artifacts were ignored by Soviet agents, who were mostly looking for hoarded foodstuffs and livestock. And it was the daughters of the Armenian guides to Noah's Ark, concealed by their Kurdish and Georgian families, that would provide the impetus for the Ark's rediscovery in the southern gorge of greater Mount Ararat." 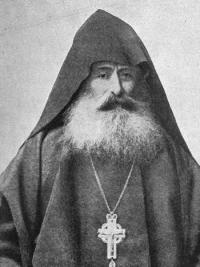 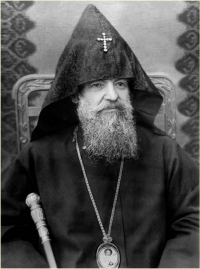 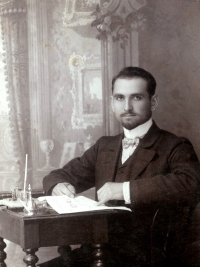