Los Angeles, CA -- (ReleaseWire) -- 09/04/2018 --Starburns Industries Press, the new publishing division of the studio behind Rick and Morty, is releasing Comics Comics, its most ambitious print project to date! Funded through an August-launched Kickstarter campaign, the Comic-est comics anthology of 2018 comes to readers in October! Comedians love comic books, cartoonists love comedy, and our idiot editor always mixes up comics who tell jokes and comics that have pictures. Now his perpetual confusion has led to the creation of Comics Comics, a quarterly anthology teaming comedy's best with funny books' brightest!

Comics Comics is an ongoing collection of original stories written entirely by stand-up comedians and drawn by leading comic industry artists who love comedy. Each issue contains at least 48 pages of brand-new stories written by headliners, cult favorites, and newcomers, drawn by artists from every corner of the comics world, from alternative to underground to superhero, all with the signature Starburns brand of wit that is simultaneously funny, sad, strange and beautiful.

"This series has lived in my head since I used to go to the Stumptown Comics Fest and the Bridgetown Comedy Fest on the same weekend years ago," idiot editor Brendan Wright said. "I was struck by how much of a convention atmosphere there was at the after-hours open mics at Bridgetown, and starting this project and seeing how many comedians had favorite cartoonists they wanted to work with and how many cartoonists knew great comedians they could introduce to us made bringing together stand-up and comic books feels even more natural than I'd imagined."

Featuring such voices as Patton Oswalt (MST3K, Happy!), Paul Scheer (How Did This Get Made?, The League), Sam Jay (SNL), Jackie Kashian (The Dork Forest), Quinta Brunson (Broke, Up for Adoption), Megan Koester (Coming to the Stage, Corporate), Sara Benincasa (Real Artists Have Day Jobs), Carolyn Main (Pitch, Please!), Eliot Rahal (New Comic Book Day), Rose Matafeo (Funny Girls), Nick Giovannetti (Bad Guys), and more announced soon. SBI Press gave comedians the freedom to write whatever they wanted, in any genre—comedy or not—and they took us up on it! Delivering slices of life, flights of fancy, and journeys into genre, all with the unique worldview of people who stand in front of crowds and dissect the world into a microphone for a living.

The Comics Comics Kickstarter launched August 23 and continues through September 21. Backers can score individual copies of the comic in print and digital, as well as Kickstarter exclusives such as a special hardcover version with a rare variant cover, prints, and other unique, limited-edition items.

The book will also be available in local comic shops, available to order through Diamond Previews and the Starburns Industries store. Comic book fans and comedy buffs alike should check out this exciting opportunity before it's too late by visiting Comics Comics on Kickstarter!

About Starburns Industries Press
Starburns Industries is an innovative and imaginative full-service production company, specializing in stop-motion, traditional 2D, and CG animation as well as live-action production. Starburns is a creator-driven studio, whose founders are responsible for the creation of Adult Swim series like Morel Orel, Mary Shelley's Frankenhole and Rick and Morty; as well as the Academy Award nominated animated film Anomalisa and the upcoming Netflix animated feature film Bubbles.

Launched in the summer of 2010 to produce the Emmy Award©–winning Community holiday special, Starburns was founded by Dan Harmon, Dino Stamatopoulos, Joe Russo II, James Fino, and Duke Jonhson to create a workspace that gives support and freedom to original and creative people to make content that is funny, strange, sad, and beautiful. 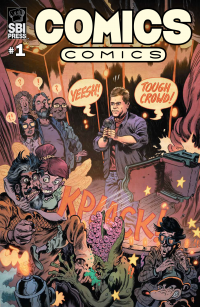 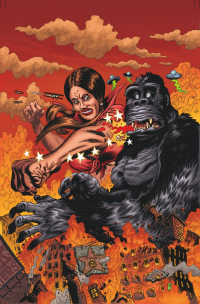 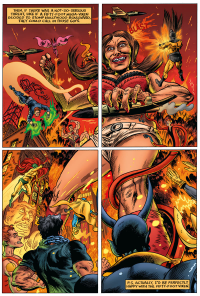 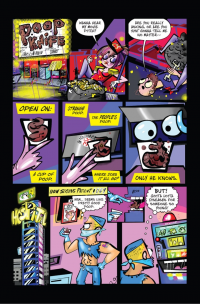 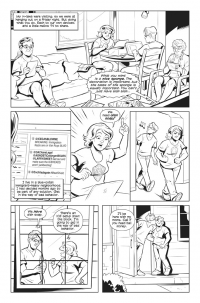 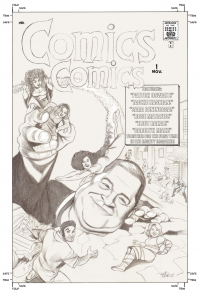