Alexandria, VA -- (ReleaseWire) -- 03/16/2012 --Vito Technology Inc.® today is pleased to announce the release of new updates to their award-winning Star Walk and Solar Walk apps, which take full advantage of the Retina display and quad core graphics of the new iPad. The popular stargazing guide and 3D Solar system model have been rebuilt with new superior graphics and content to deliver the ultimate cutting-edge experience to present day astronomers, students and romanticists.

Star Walk allows users to easily locate and identify 20,000+ objects in the night sky. The 360-degree, Multi-Touch star map displays 3D spinning models of constellations, stars, planets, satellites and galaxies currently overhead from anywhere on Earth. With the latest update, users can enjoy unprecedented graphics and interactivity, achieved with the iSight camera and Retina display on the new iPad. “The Retina display and quad core graphics allowed us to dramatically increase the number of objects on the screen," explained Vito Technology CEO Victor Toporkov.

Solar Walk is an interactive 3D Solar System model with 10 planets (including a dwarf planet Pluto), 20 moons of the planets, 10 satellites orbiting the Earth, over 100 of the biggest stars, and hundreds of named places on the Moon, Mars, Earth and Venus. The Time Machine feature lets users speed up time backwards or forwards, moving planets and satellites according to their real trajectories.

The breathtaking high resolution interface brings the Solar System to life on iPad. Each planet is portrayed in detail, including their internal structure, and the Sun’s glowing and fiery animation will captivate users. The new model of the Earth, with atmosphere effect, as well as detailed models of artificial satellites, make one feel like an astronaut flying on the International Space Station (ISS) and watching the Earth from above.

The Star Walk and Solar Walk Apps are available for $4.99 (iPad) and $2.99 (iPhone, iPod touch) from the App Store on iPhone, iPad and iPod touch or at iTunes AppStore 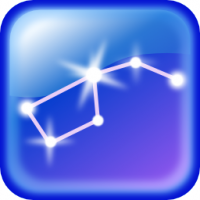 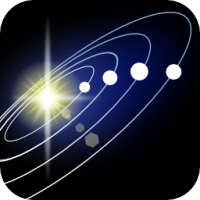 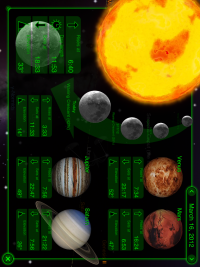 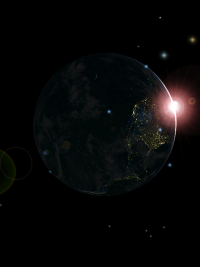