Staten Island, NY -- (ReleaseWire) -- 08/15/2013 --Ten months later and there are still thousands of people feeling the detrimental effects of Hurricane Sandy. With the obvious path of the initial damage being caused from the massive amounts of flooding and wind damage, what many tend to not think about is the contamination caused by the polluted flood waters along with the prolonged and exacerbated mold issues that have been prolific all throughout New York City. Many residents have endured through the tumultuous and trying times, compounded by the already stressful economic times, and even further dragged out by the lack of assistance many are still in need of. As there have been numerous efforts from mainstream organizations, emergency assistance groups, official government programs, along with the sheer volume of kind hearted individuals that have stepped forward with donating their own time, money, and efforts to help their fellow community members, yet again there are still thousands of people experiencing hazardous living conditions. From the average homeowner, to tenants and renters, to business owners, the amount of struggling to merely make ends meet have now had to contend with toxic mold issues for months on end.

One Staten Island mold removal company has been in the limelight for assisting struggling citizens of New York City shortly after the Super storm hit. With many residents being turned down for assistance, insurance claims, and FEMA claims due to the sheer volume of said claims being filed, this particular Staten Island mold inspection and mold removal company, decided to jump right into assisting their fellow neighbors and community members immediately after the storm dissipated. As this Staten Island environmental service company understood that with the massive amounts of flooding, there was soon to be a tremendous amount of contaminated mold growing all through out the City.

Over the past ten months this company has managed to single handedly assist hundreds of residents in and around New York City with their special Hurricane Sandy Mold Relief Fund, along with also helping with providing the proper documentation needed to file claims and appeals on claims that have been turned down. With so many still experiencing extreme hardship, or are homeless, or contending with toxic mold growing within their home or dwelling, this Staten Island mold removal company has been recognized throughout the years and through numerous natural disasters as a proverbial breath of fresh air for citizens all over New York City. 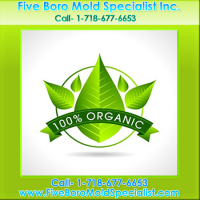 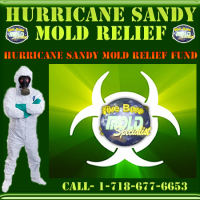 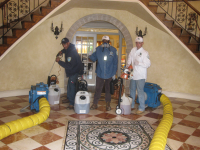