Nairobi, Kenya -- (ReleaseWire) -- 09/05/2018 --Africa is a land rich in creative talent and Robert Nganga, filmmaker, creative director and founder of Station 77, https://www.station77.co.ke/ is capturing the fruits of that talent with the launch of the multi-disciplinary content company. Station 77 is the first of its kind and will serve as a canvas to create, curate and share African stories through art, film, music and technology.

"I want to build a content company that will serve as a canvas for African creatives to express and celebrate the spirit of our culture. Using the latest technology allows us to enhance these experiences for people from all walks of life," said Nganga. "It's a place where we are not just creatives, but also creators and curators. My vision is to build a world-class African content company that will tell compelling stories – creating work that drives and shapes popular African culture locally and internationally."

Nganga, an award-winning creative left Kenya's top agency to launch Station 77 with producer Ashley Njeri also joining the company. It's the region's first content company specifically designed for creating and curating African content. Station 77 launched with seven short stories http://www.station77.co.ke/projects about a dystopian Kenyan future. The upcoming eighth story, along with the other seven, will be published as a book on Amazon.

With its launch, Station 77 also features the seven book covers created by renowned Kenyan illustrator, Musa Omusi with free wallpaper highlighted for visitors to download, and there's even an offer for a popcorn recipe hidden in the site. http://www.station77.co.ke/download?download=film Station 77 is far more than a repository of ideas – it's a movement. The content company is comprised of a spirited team of creatives in their own right that are curators of unique visuals.

"We invite you to join us, to get on board and create something unique that will stand the test of time and show the world what our continent has to offer," said Nganga. "We're proud to be different, and celebrate that difference because it shapes everything we do."

African creativity runs the gamut, and it's always changing and evolving. Through the Station 77 digital platform, creative talents have the opportunity to connect with individuals, better understand their audiences, and gain greater recognition. The content platform also maintains Blog 77 where individuals can meet online to spread their message and break down barriers.

The launch of Station 77 marks an innovative approach to curating, preserving and presenting the works of Kenyan creatives http://www.station77.co.ke/the-rise-of-the-african-creative and those throughout Africa. Station 77 provides a digital platform where individuals can showcase their inspiration and unique ideas to the world and express the spirit of their culture.

About Robert Nganga
Robert Nganga is an award-winning creative that left Kenya's top ad agency to start Station 77 after previously having begun BBDO Kenya and working throughout the continent. He has 18 years of experience working in the region and has worked with some of the biggest brands across the continent including Safaricom, Google, Guinness, Visa and Tucker. He's won numerous awards along the way, including Kenya's first ever Grand Prix at the Loeries. Also, the first Grand Prix won outside of South Africa. Nganga is a former African Taekwondo Lightweight Champion and All African Games Featherweight Silver medalist. He's a graduate of the New York Film Academy. 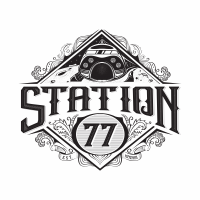