Vaughan, ON -- (ReleaseWire) -- 07/28/2017 --When someone is first diagnosed with HIV, they typically stop dating because they are ashamed of their condition. People of certain age groups may be more likely to date again while those in other age groups are not. New information released by the popular STD dating website "PositiveSingles" shows that HIV-positive single adults between the ages of 33 and 47 are more likely to date again than any other age group.

"What these results reveal is that HIV-positive singles who are approaching middle age are more eager to find a partner before they get too old," Suny, the spokesperson of PositiveSingles said. "They are in the prime of their dating lives and they have so much to offer. Based on these results, it looks like they are finally realizing that."

For those HIV-positive singles who are between 18 and 32 years of age, they tend to feel very self-conscious about their condition and will typically shy away from dating altogether. They may even feel like dating websites are more suitable for older people who have established themselves in lives and careers. As for those between 48 and 62, they tend to dwell on their older age and their condition as being reasons for not dating. If only they knew how many people out there are in the same position they are in.

About PositiveSingles
PositiveSingles is more than just a popular STD dating website for dating other people with STDs. It also offers its members a variety of blogs and community forums where people with STDs can get assistance in finding their perfect partner, no matter what age range or disease they have. PositiveSingles' dating app is available for both iOS and Android smartphones on Apple Store and Google Play Store. 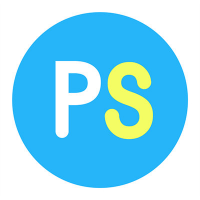